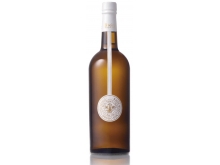 Notify me of updates to Boeira Douro White 2020
Product Description

Good volume in mouth revealing its fruity character, now enhanced with a citrus component. Slight mineral touch that gives it personality. It is a complex and deep wine with a persistent finish.

Good accompaniment to fish dishes, salads, and can also be drunk as appetizers. Should be consumed at a temperature between 8º and 10ºC.

Quinta da Boeira was built by an emigrant named Manuel da Rocha Romariz, who returned from Brazil in the early 19th century. Knowing the Brazilian market, he registered as an exporter of Port Wine in 1850, using two trade names for the labels: ROMARIZ and BOEIRA.
These brands quickly won the consideration and confidence of consumers and distributors due to their quality, expanding to several markets, among which Portuguese, English, French and Brazilian stood out, among others.
In 1966, the property was acquired by an English family, the warehouses by a textile company and the wines were sold to a Port Wine exporting company.

In 1999 the property was put up for sale with the main interest of a contractor who intended to build luxury homes in a closed condominium.

Father João de Freitas Ferreira, director of a school in Vila Nova de Gaia, warned of the situation of the eminent possibility that the 3 hectares of the property could be transformed into massive construction, with the consequent destruction of its centennial grove.
Concerned and sensitized to the cause, Father João de Freitas Ferreira, integrating a group of ten friends, decided to acquire the property, thus protecting the centenary trees and the palace of the early 19th century.
For the acquisition of the property, a financial study was carried out with the division of investments into five phases:

FIRST PHASE
The transformation of stables and greenhouses into a multi-purpose hall with auditorium and the restoration of all paths in the gardens represented the initial phase of the project which, from the beginning, intended to transform Quinta da Boeira into a visiting room in the north of the country and, more specifically , in Vila Nova de Gaia.

SECOND PHASE
The recovery of the mansion, which was in an advanced state of deterioration, began, transforming it into offices and a luxury restaurant with a capacity for about 80 people seated.

THIRD PHASE
In order to attract tourists to the high elevation of the city of Vila Nova de Gaia, the largest bottle in the world was built, measuring 32 meters in length and 10 in diameter, thus allowing the creation of a tasting room and exhibition room to promote Portuguese wines, culture and gastronomy. It was also possible to adapt the room for the transmission of films in 3D, letting tourists know the different wine regions of Portugal.

FOURTH PHASE
With the objective of financially consolidating the entire project, Quinta da Boeira registered at the Instituto dos Vinhos do Douro e do Porto (IVDP) in 2017, thus returning to the genesis of Quinta da Boeira in 1850, as an exporter of Vinhos do Porto, under the BOEIRA brand.

FIFTH PHASE
The project, in its fifth and final phase, concluded with the construction of a 5-star hotel, with 119 rooms and 5 suites, whose construction was based on the green system. The most up-to-date environmental techniques were implemented, such as the use of groundwater to supply sanitary tanks and automatic irrigation of about 3 hectares of the property, with photovoltaic and solar energy also being used, which allowed for remarkable savings and drastic reduction in carbon emissions, transforming it into an ECO hotel.
The most recent challenge was the acquisition of the C. da Silva family home, a name also linked to the export of Port Wines, designed in the 19th century by the architect Teixeira Lopes. Quinta da Boeira is a reference in wines of superior quality, namely in Port Wine, duly certified by the Institute of Douro and Port Wines and proudly marked with the knight seal on the neck, according to the guidelines that the Observatório do Port wine advocates for the defense of the Porto Denomination of Origin.
Each Quinta da Boeira wine is a unique experience, in which Wine and Art are intimately linked, having their maximum exponent in unique bottles and which are distinguished by their shape and aesthetics, such as Diamond or Decanter. 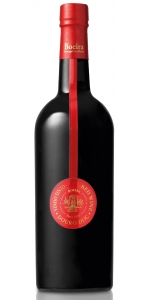 Boeira Douro Red is made from 35% Touriga Nacional, 35% Tinta Roriz and 30% Touriga Franca.

Boeira Douro DOC Red from the Douro Valley is the result of a careful blend of different varieties from the Douro. After fermentation the wine was left in contact with its lees until bottling in order to develop complexity and richness. 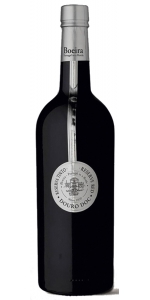 No Oak.Boeira Douro Doc Red Reserve from the Douro Valley is the result of a careful blend of different varieties from the Douro. After fermentation the wine was left in contact with its lees until bottling in order to develop complexity and richness.


Ideal for red meat dishes, such as beef or roast beef with strong spices, thus associating with some traditional Portuguese dishes such as roasted lamb or veal steak. The wine should be served between 16º and 18ºC. 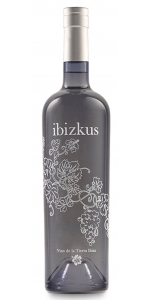 Ibizkus White Tierra Ibiza is made from 90% Malvasia and 10% of other grape varietals (Macabeo, Muscat and Chardonnay).

With the Malvasia grape as the protagonist, Ibizkus white is an intense wine with its own personality. A straw yellow color with golden hus, it is medium-bodied, smooth, creamy and aromatic with citrus fruit, stone fruit and smoked fragrances. Silky on the palate with balanced acidity..

Vineyards on the west of the island bring density and fullness to the wine while the Cala Mastella vineyards add freshness.

Malvasia is grown on calcareous clay terraces in the San Mateo region and limestone rock slopes on a vineyard close to the sea at 180-metre altitude. 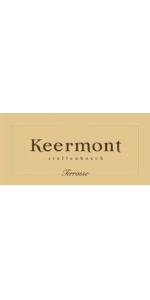 The Keermont Terrasse white blend derives its name from the terraced vineyards on Keermont. The backbone of this blend is Chenin Blanc from a 48 year old un-irrigated vineyard called 'Riverside' and this is complimented by Chenin from two younger vineyards and varying fractions of Chardonnay, Sauvignon Blanc and Viognier.

A polished light yellow gold color, this wine has a bouquet of citrus blossom with hazelnut, lemon grass and butterscotch undertones. The wine has a soft sweet entry with a racy linear acidity. Ripe citrus and stone fruit flavors evolve into a lovely lingering dry earthy finish. This is a textured white wine with layers of flavor. 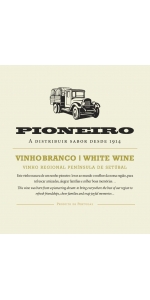 The story of this wines begun more than a century ago, with the pioneering dream of Venâncio da Costa Lima: to bring good wines to every corner of Portugal. Pioneiro wine brand was created to pay homage to his vision.
What's Unique? Pioneiro (meaning “pioneer” in Portuguese) wine vintage style label pay homage to the founder’s dream, dating back to 1914. But in a relaxed, casual way, typical of this wine producer mood.

Made from 15 year old vines, planted on sandy soils. Upon arrival at the winery, the grapes are destemmed and pressed gently with a pneumatic press. Then, the juice is transfered in a temperature-controlled stainless steel tank in order to start the alcoholic fermentation. The wine didn't go through malolactic fermentation.

Pairs with fish or white meat dishes, shellfish and salads 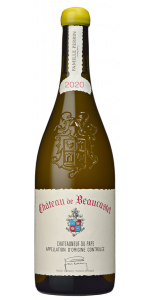 The story :
The production of white wine at Beaucastel is limited as we only have 7 hectares of white vines planted. The main variety is Roussanne, representing 80% of the blend.

The vintage :
The 2020 vintage in Southern Rhône was favoured by very good weather conditions, it is a generous vintage, both in terms of quality and quantity. Not as hot as in 2019, this year was very windy, throughout the growing cycle, with light rainfalls. After a fairly mild winter (one single episode of frost was noted during the night of March 24, but only the early ripening plots were very slightly affected). The spring was radiant, quite warm and very windy, which allowed the soils to preserve their freshness. Flowering began on May 18, under very healthy conditions. The good weather continued in June, July and August, with plenty heat but lower temperatures than in 2019, cool and humid nights and wind which continued to blow, preserving the freshness of the vines and maintaining perfect sanitary conditions for the grapes. The harvest, which was fairly early, therefore began under these very good conditions on August 26 with the white Côtes-du-Rhône and continued until the end of September with the Mourvèdre. September was warm at the beginning of the month and then more temperate, offering idyllic harvest conditions and allowed each plot to be harvested at perfect maturity. The harvest was very healthy with beautiful juicy and very ripe grapes, reasonable alcohol levels, good acidity and already a great balance. Yields are slightly higher than 2019 and the first tastings predict a very nice vintage.

Ageing :
Handpicked in small cases, sorting of the grapes, pneumatic pressing, settling of the juice, fermentation (30% in oak barrels, 70% in tanks) for 8 months. Bottling after 8 months.

"Closed for now, with apricot and a touch of crème anglaise. Full-bodied but not massive, this has plenty of tension that keeps things neat, a shining beam of acidity running through it. Real length and intensity here, it's remarkably saline this year, displaying great power and balance. 80% Roussanne, 10% Grenache Blanc and Clairette, 10% Piquepoul Blanc, Picardan and Bourboulenc. Part of the blend was matured in two and three-year-old barriques for one year."
Decanter 98 Points

Fefinanes Albarino de 1583 Albarino is made from 100% Albarino.
Aged for 5 months in oak barrels (a combination of fine-grained American and French Allier barrels).
1583 is the birth date of the Viscount of Fefinanes, Gonzalo Sarmiento Valladares, builder of the Castle of Fefinanes, in Cambados.

They wanted to pay tribute to their ancestor with this wine that managed to reach a perfect harmony between the fruitiness of the Albarino grape and the complexity brought by the oak aging.

Lovely straw yellow color, clean and bright. The nose is reminiscent of ripe crystallized fruit and spices. The palate is elegant, round and well balanced, with a silky texture.