Dolcetto in Italian, translates to “little sweet one”, and is a red wine grape from the Northwest region of Italy. Unlike its name, Dolcetto does not produce sweet wines, but the name rather reflects the low acid nature of the grape. Doletto is a dark skinned grape that is fairly simple to grow and ripens early. While the Dolcetto grape is common in the Italian Monferrato hills and the Piedmont region, it has grown in popularity in Australia and the United States. In Piedmont, Dolcetto is known as Ormeasco, and thus used in the production of Ormeasco di Pornassio. Nebbiolo and Barbera are first and foremost in Piedmont, followed up by the use of Dolcetto. It is typically grown in cooler climates, which helps retain acidity, and in high elevation. Dolcetto will produce a very fruit-forward wine with rich red or purple colors. The palate will be spicy and earthy with flavors of almond or walnut. They have relatively low acidity, and soft tannins, however it can leave you wanting more in terms of aroma. Dolcetto is very easily consumed young and fresh, which gives an advantage over the more popular Nebbiolo grape. Dolcetto can be cellared for up to four years. 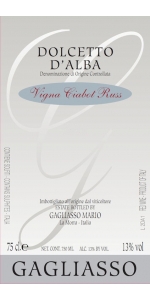 This Dolcetto offers ripe dark fruit, spice and earthy sensations, as well as hints of black pepper and anisette.

Average density of vines: 5500 vines per hectare Method of cultivation: classical Guyot method with medium-short pruning; the vineyard are three, two with west exposure and one south with medium slope. Green harvest in two different times with reduction of grapes with a production per hectare around 5500 kg . The grapes are harvested very ripe with a meticulous selection; the fermentation took place in stainless steel vats with temperature controlled. The fermentation is around 28-30°C with 5-6 days of maceration ; malolattic fermentation took place spontaneously in stainless steel vats. After malolattic fermentation the wine stay for 2 month in old big barrels; after this period the wine is bottled and refined for 4-6 month. 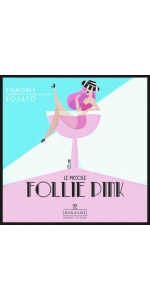 Fresh, fruity with hints of Strawberry and Cherry.

This is a great wine for Aperitif.

Penedo Borges Icono Malbec is made from 85% Malbec, 10% Cabernet Sauvignon and 5% Petit Verdot