The Finca del Castillo Estate
Finca del Castillo means "The Castle's winery" in Spanish. The wine is made by Vinicola de Castilla in Manzanares (Ciudad Real) in an up to date, state of the art winemaking facility (30,000 sq meters/300,000 sq ft) with the capacity of producing 2 million liters and holding 8,000 barrels. Founded in 1976, it's a privately owned corporation (not a co-op). Since its inception, a DO La Mancha pioneer in fruit-driven young wines, barrel-aged reds and varietals. More than 600 international awards for their wines.

This Bodega likes to promote their Crianza wines.

The Finca del Castillo Vineyards
The winery and the vineyards are all located in the "La Mancha" DO. Tempranillo is the primary grape varietals and it represents 70% of the total production. They grow the following 5 red grape varietals:      · Tempranillo      · Cabernet Sauvignon      · Merlot      · Petit Verdot      · Syrah They also grow the following 6 differents types of White grape varietals:      · Verdejo      · Airén      · Macabeo      · Sauvignon Blanc      · Moscato
· Chardonnay. The wines are all produced with grapes they only grow themselves. They own 50 hectares, and they currently rent another 550 hectares (long term leasing contract). 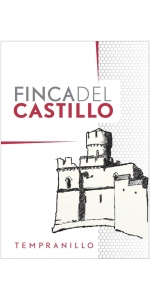 Of the great European wine families, the Rothschilds are perhaps the best known. And Baron Philippe de Rothschild is perhaps the best known of this great family. At the age of 20, Baron Philippe took on the management of Château Mouton Rothschild from his father Baron Henri. Philippe’s vision changed the world of wine: he invented Château bottling, commissioned great artists to illustrate his wine labels – and, in partnership with Robert Mondavi in 1979, created Opus One.In the 1980s, after her father’s death, Baroness Philippine de Rothschild left a stage career that included the Comédie Française and the Renault-Barrault Theatre Company, bringing her own exquisite style and creativity to the design, construction, and operation of Opus One.Among great New World wine pioneers, Robert Mondavi is an international icon. Bringing a passion for excellence to everything he did, Robert Mondavi led a renaissance in California fine wine for over six decades. Among other accomplishments, he introduced temperature-controlled fermentation, French oak barrel aging, and high-density viticulture to a fledgling American wine industry. But life was not only wine for Robert Mondavi: he broadened the American cultural palate by marrying fine wine to food, music, and the arts. One of few Americans to have received the French medal of the Legion of Honor, Robert Mondavi showed extraordinary vision as co-founder of Opus One.

The Baron Ermengaud cuvée is named after the lord Ermengaud de Fouzilhon who gave lands which were located on Laurens village in 12th century to the monks who built a monastic barn. The monks (Benedictine and then Cistercian) used to cultivate the vineyards there with really wise and modern at that time methods which allows Laurens people to enjoy from this teaching.

A beautiful rose petal robe. The nose is elegant and expressive with floral notes first (orange blossom, peaches), then spicy marks (ginger, white pepper). This is an invitation to spring time... On the palate, this rosé wine is delicate.

Drink as an aperitif with your friends or paired with subtly spiced dishes Indian, Thaï or South East Asia