The Valminor Estate
One of the newcomers, Adegas Valmiñor was founded in 1997 and is  based in Rosal and boasts a new, ultramodern winery that produces 25,000 cases yearly of 100% Albariño "Valmiñor". (Note: “Adegas” means “bodegas” [winery] in the local Galician dialect). Owner, Carlos Gomez, makes about 3 different white wines, but Albariño is his speciality.

Carlos Gómez started Valmiñor in 1997 and headed up the project to build and open the new facilities in 2001. A trained executive with extensive experience in the wine business, Carlos founded Valmiñor and has since continued to expand the group's capacity to include Bodegas Ebano in Ribera del Duero in 2004, and more recently acquired a second Rías Baixas producer, Viñas o Torroxal. Today the group also includes a distribution company, as well as an agricultural services organization.

he winemaker Cristina Mantilla has been working as Valminor's winemaker since the very beginning in 1997. She obtained a Chemical Degree at the prestigious University of Santiago de Compostela and post-graduated in Oenology and Viticulture in Madrid. She started working in Rías Baixas but as her experience grows she also works beyond the Galician borders. In 97 Carlos Gómez founded the winery and Cristina Mantilla decided to join and give birth to a new and dynamic project with a very clear idea in mind.
Cristina has been the sole winemaker from the very first vintage of all the wines elaborated at Valminor and the bodega in Ribera del Duero, EBANO.

Cristina has furthered her carreer by producing white wine from 100% Loureiro grapes (skin contact versions) and she made the first ever Rosé style wine in Galicia. She is definitely a pioneer in making unique wines in Galicia.

The Valminor Vineyards
Galicia has a mild climate without dramatic changes in the weather, a soil rich in minerals and excellent conditions for maturing and it makes this valley the perfect place for growing quality varieties like Albariño, Loureiro and Treixadura.

Adegas Valmiñor owns 34 hectares in O Rosal, and uses purchased fruit from two prime growing areas: 40% Cambados and 60% Arbo fruit (a unique micro-climate that is a touch warmer than other areas). The Cambados region is located on the coast and provides acidity and freshness to the wine. Together the two fruit sources make a superb blend. Valmiñor means "minor valley" and today Valmiñor has built a new winery in O Rosal. 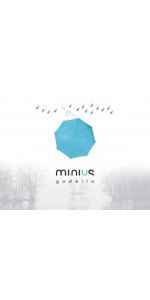 Minius Godello is made from 100 percent Godello.

Minius is a wine with a very live yellow color with green reflections. Highlighted on the nose are the citrus and floral aromas, along with white fruits notes and herbs like fennel. It is soft and elegant in mouth that together with the acidity gives a fresh and persistent finish.

Strict and careful grape selection in the vineyard and winery before destemming. Cold maceration at 10ºC during 3-4 hours. Presing. Alcoholic fermentation begins at 16,5 ºC in stainless steel under an automatic temperature control. Stabilization of the wine in isotermic tanks, filtering and bottling. Resting in the bottle during 30 days prior distribution. 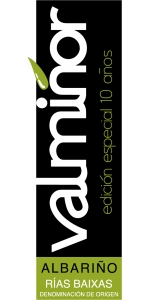 Valminor Albarino Rias Baixas is made from 100 percent Albarino.

A yellow straw color. On the nose, the wine shows intense fruity aromas of fresh grapefruit, apricot and melon. In the mouth, Valmiñor combines fruity flavors and freshness with a rounded acidity, resulting in a balanced wine that boasts an opulent taste with elegant aromas and slight spritziness.

The grapes here are coming from a 2-hectare single vineyard, grown organically, with a distinctive stony soil (it is an old quarry).

Looking for the highest harmony with the Environment we have made this red cherry wine with violet shades, structured and fruity. Blackberry and subtle spice. Structured, fullbodied but with smooth tannins.

destemming and light crushing of the grapes.
Fermentation at controlled temperature in stainless steel tanks.
Malolactic fermentation in concrete tanks.
Aged 3 months on the lees with frequent batonnage. (stirring of the lees)