Calatayud is a wine region in Spain that is part of the Spanish Denominacion de Origen, or DO. The region is located about 90 kilometers from Zaragoza, and extends over 46 municipalities. The region has more than 5,600 hectares, and borders the Soria DO in the west, and the Cariñena Do in the east. Calatayud is located in the Reiver Ebro Valley and is overlapped by the Mesa, Piedra, Manubles, Jalon, Jiloca, and Ribota Rivers to name a few. The vineyards in the region can be found on the south facing slopes of the Sierra de la Virgen range between 500 and 800 meters above sea level. Calatayud became the Aragon’s second largest wine-producing region in Spain after Cariñena.

Calatayud has a continental climate with cold winters, and hot and dry summers. The annual temperature rarely exceeds 55.4° F. The region does experience frost about six months of the year.

The majority of the vines are planted in loose and stony soil that is low in nutrients with high lime content. The permeability of the soil is good which means that the roots are able to get the nutrients and water required to produce wine making grapes. Red grapes are predominant in the region and account for 83% of the vines planted. 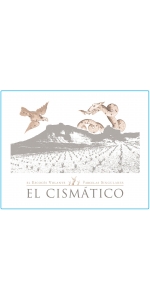 El Cismatico Garnacha is made from 100% Garnacha.

The wine is produced from 3 single vineyards - El Mimbreral, Piedra Blanca, Cerro Merino - situated between 850 to 900 meters high. These parcels share the same geological characteristics of pebble stones, red clay, marl and limestone which impart a precise and floral profile to the Garnacha grape that has achieved a balanced acidity and a low pH.

El Cismatico offers an intense ruby red in color. The nose is still very youthful, deep and complex with aromas changing every minute. Its starts out with notes of roasted meat, beets, wild red fruit, cloves, pepper. Little by little, as the wine opens the nose displays touches of crushed violets, pencil lead, black cherry and a light touch of mountain herbs. Fine, elegant and bold, the ripe fruit is exquisitely balanced by fresh acidity achieved from growing Garnacha at altitude. The tannin is firm but polished with an extremely long finish. Drinking 2022 and onwards for many years.

El Cismático is only released when the correct raw material has been achieved to make an Old Vine Garnacha with the capacity to age gracefully for years in bottle, gaining complexity along the way. The objective is to produce a wine that has the capacity to age quite happily for up to 30 years. 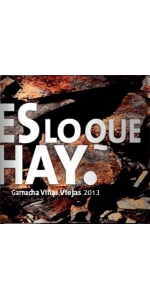 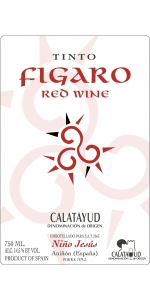 Figaro Tinto Calatayud is 100% Garnacha, made from a selection of the best grapes grown in the oldest vineyards. While not truly an "oaked wine", a short stay in oak barrels provides a nice spicy flavor boost.

Tasting notes: Bright violet. Dark berry and cherry aromas show a jammy aspect. Supple and gently sweet, with good lift to its black raspberry and boysenberry flavors. Smooth and broad on the finish, leaving behind a hint of spiciness. Extremely easy to drink and an excellent value. 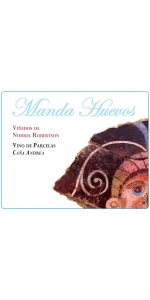 MANDA HUEVOS - Nowadays a vulgarism in Spanish born out of frustration meaning 'I can ́t believe it', 'get out of here' etc , but actually originating form the latin Mandat Opus meaning your are obliged to do something out of necessity. The wine reveals an intense red color with garnet reflections, a complex nose of floral aromas, ripe red fruits and liquorice with mineral and balsamic notes, aromatic herb and peppery nuances. On the palate it is long and persistent, well-balanced with juicy tannins, a remarkable fruity expression. A lovely complexity!

"I tasted the 2017 Manda Huevos Tinto, which has slightly lower alcohol and more freshness, a vintage that has been bottled earlier to capture the fruit-forward character of the vintage. It's open and pretty, with a gentler palate than the 2016 which seems to have more present tannins. This has a different style but similar quality. 4,500 bottles were produced. - Luis Gutiérrez" - Robert Parker's Wine Advocate (Issue #240, December 2018), 94 pts 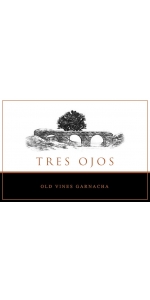 The wine has a brick red color with a bouquet of red raspberries, spice and white pepper. The palate is incredibly concentrated and rich. The modern styles of Garnacha in Spain are continuously being perceived worldwide as wines of extraordinarily good quality. This wine is fruity, juicy and shows a great depth, ripe tannins, length but yet with wonderful elegance and lightness.

The wine ferments for 7 days at 30ºC, followed by 14 days maceration on the skins. Aged 12 months in large stainless steel vats. Cold stabilized and lightly filtered before bottling 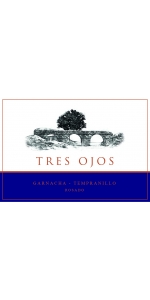 Tres Ojos Rosado Calatayud is fresh, crisp and juicy Rose made of 50% Garnacha and 50% Tempranillo displaying beautiful strawberry and raspberry fruits. Enjoy with salads, chicken or simply with a glass. Serve chilled.

"Coming from the Calatayud region of Spain and 70% Garnacha and 30% Tempranillo, the 2019 Rosado Rose boasts a medium ruby hue as well as a big bouquet of ripe cherry, watermelon, framboise fruits, and a touch of spice. Playing in the medium-bodied end of the spectrum, with plenty of richness yet also good acidity, it’s going to be incredibly versatile with food and drink beautifully over the coming summer months."  - Jeb Dunnuck (March 2020), 90 pts