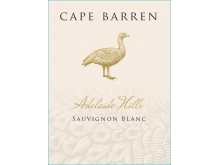 ID No: 444068
Rate This Item
+ Enlarge
No longer available.
Notify me of updates to Cape Barren Adelaide Hills Sauvignon Blanc 2015
Try these Similar In Stock Wines 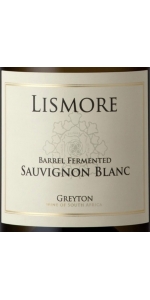 Floral notes of passion flower and fynbos, granadilla, gooseberry and pear on the palate along with an underlying minerality which gives this unique terroir driven wine its signature.

"It wasn't easy to make world class Sauvignon Blancs in a vintage like 2018, but Sam O'Keefe managed it with some style. This is an equal blend of grapes from Greyton and Walker Bay with fermentation in concrete eggs and 500-litre wood, showing notes of kelp and rock pools, with stylish gunflint and grapefruit overtones. 2019-25 Cape South Coast (13%)" - Tim Atkin (South Africa 2019 Special Report), 95 pts 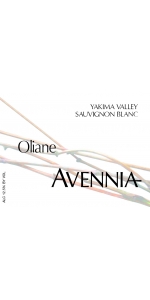 We believe Washington State can make Sauvignon Blanc that competes with any in the world. Oliane is barrel fermented in French oak using native yeast and aged on the lees for 7 months. It is bottled unfined to allow for greatest expression and complexity.

“Leads with ripe aromas of grapefruit, Meyer lemon, peach, honey, and spring flowers. The palate is quite rich and palate coating, with stone fruits, citrus pith, crushed seashell, and sweet floral elements. A streak of minerally acidity keeps the wine focused and quenching through the finish.” - Chris Peterson, Winemaker

"A blend of Boushey Vineyard and Red Willow, the 100% varietal 2017 Sauvignon Blanc Oliane offers racy, lively notes of citrus, lime, and crushed rocks. Medium-bodied, fresh, lively, yet textured, with good density, it will benefit from a year of bottle age and keep for a decade.”- Jeb Dunnuck (April 2018), 91-93 pts 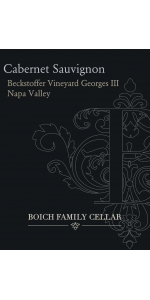 Pure, powerful and polished, the Wall Road shows immense aromas of black currant, blueberry, blackberry preserves and hints of sweet dark herbs. The palate is fully developed and well-structured with firm yet ripe tannins and layers of dried red fruits and currants. There is a forest and sweet herb quality that hints at the signature terroir of this Mountain gem. The finish is long and lingering and lifts the layers of fruit on the palate perfectly.

Vintage Notes – An unseasonably warm start to 2015 brought early bud break and bloom for Napa Valley. Vines began to show fatigue as they entered their fourth year of drought, resulting in lower crop yields than years prior. Unexpected heat meant an early harvest for the valley, one of the earliest on record. Ripened fruit proved to be of tremendous quality, while Cabernets are deep and decadent in color with great balance in tannin.

Wall Road Vineyard – This three-acre gem is located at the northern tip of the Mount Veeder AVA, due west of Oakville and the To Kalon vineyard. True to the Veeder AVA, this site delivers both the power and elegance we strive to achieve in our Mountain Cabernets. The elevation, slope orientation and well-drained soils yield fully ripened small berries with concentrated flavor.

"This is some very serious stuff. Aromas of tar, vanilla and cloves. But the fruit is delicious with notes of boysenberries, blackcurrants, oranges, lavender, herbs and baking spices. The palate's rich and warming but also calm and composed. Layers of blue fruit, ripe yet integrated tannins, a fine line of acidity and a long finish. The broader style remains so elegant. Drink in 2022."- James Suckling (May 2018), 95 pts 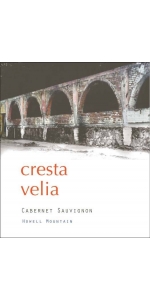 Here we go again. It seems as though I’m saying the same thing year after year. Another excellent vintage from Howell Mountain. And once again it’s true. The wine shows deep purple color concentration with both sweet and savory aromatics on the nose. Blackberries, currants, freshly turned soil and black licorice attack your nostrils from the glass. Rich, broad and full bodied as this wine  is the vineyard once again provides the balancing influence of acidity and tannin and helps usher in the finishing notes of roasted meats, cigar box, fennel and more black and blue fruit. If 2012 and 2013 Cresta Velia had a baby it would be the 2015. Incredible concentration from the 2013 with generous portions of fruit from 2012. And although you are not supposed to have a favorite child, if I had to choose I think it would be 2015...until we release the 2016.

Equal amounts of clone 4 and clone 7 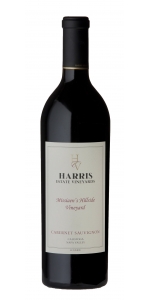 A steep, rocky site with red volcanic soils results in our most structured and concentrated wine. Planted in 1998 using 110R rootstock and clone 337 Cabernet Sauvignon our Hillside Vineyard produces wines as breathtaking as the views from its slopes. These tiny, dark blue berries ripen near the end of September thanks to cool afternoon temperatures allowing for increased hang time and developed flavors.

"The 2014 Cabernet Sauvignon Missiaen's Hillside Vineyard is the darkest and richest of these wines, but it also has enough structural breadth to handle all of that intensity. Superripe plum, bittersweet chocolate, tobacco and licorice all flesh out over time. This is an especially rich, seamless style, yet all the elements are in the right place. - Antonio Galloni"- Antonio Galloni's Vinous (December 2016), 92 pts 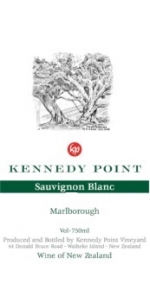 Kennedy Point Vineyard makes a Marlborough Sauvignon Blanc that captures the essence of the regional fruit. The grapes, grown in the hot, stony soils of the Wairau, produce a wine redolent of fresh cut wild flowers and a full palate of passion fruit, gooseberry and citrus. The wine has a crisp dry finish and is perfect as an aperitif, with seafood or any light summer meal.

Both parcels of fruit were hand harvested early in the morning when temperatures were low. Crushing occurred soon after, and only the finest portions of the free run juice were used. After clarifying the juice, fermentation commenced as separate parcels in stainless steel. At about the mid-point, all the Lenswood ferment, and 50% of the Charleston portion was filled to French oak Hogsheads to complete fermentation. The balance of the Charleston parcel completed the process in stainless steel tank. The lees in the barrels were stirred weekly for 2 months. After 3 months, the parcels were combined, stabilised and filtered. The wine was then bottled early to retain the fresh fruitiness.

Cape Barren was founded in 1999 by Peter Matthews, who worked tirelessly to create wines of distinction from some of the oldest vineyards in McLaren Vale. Peter sold the business in late 2009 to Rob Dundon and Tom Adams, who together have amassed in excess of 50 years experience in winemaking, viticulture and international sales.

Rob Dundon, Winemaker,  has been making wine for almost 35 years, including vintages in Germany. He was originally Senior Red Winemaker for Thomas Hardy Wines based in McLaren Vale, then created his own company Beresford Wines, which ultimately included a second brand Step Rd. Rob's wines over the years have won almost 2,000 medals and 200 trophies at Wine Shows. He spent many years as the International Sales Manager for Step Rd, so knows the intricacies involved in establishing export markets.

Tom Adams, Viticulturist, experience in the Wine Industry spans 26 years. His background and training is in viticulture, and he managed one of the most iconic and respected vineyards in Australia, the famous Metala Vineyards of around 800 acres. He developed the Brothers in Arms portfolio and established this as a well respected and formidable wine brand across the world. His ability to set up export markets and promote the wines, is highly regarded in the Industry. In 2003 he won the prestigious Australian Wine and Brandy Export Wine of the Year award. Tom pioneered significant water conservation techniques, which have gone on to be adopted by several Government departments across Australia.

Cape Barren Geese: Towards the end of each summer, we are greeted in our vineyards by the arrival of magnificent Cape Barren Geese. These are amongst the rarest of the world's geese, and are native to Australia. The birds are named after Cape Barren Island where the birds were first sighted centuries ago. Our friendly colony lives on Kangaroo Island to the south of McLaren Vale, and they fly into our vineyards searching for grain and grape seeds after harvest.

These seriously old vines produce wines of supreme concentration and complexity not seen in younger vines. It is this history on which our future lies.

With its picturesque and undulating terrain, and maritime climate, McLaren Vale is one of the finest regions in the world for grape-growing — especially for Shiraz and Grenache. The long warm summers are cooled by afternoon sea breezes, resulting in very mild nights, and controlled ripening and flavor development. The whites are sourced from Adelaide Hills vineyards grown above 400m from sea level.

Here the temperatures drop dramatically, especially at night, and the soils can be demanding and unforgiving, leading to smaller, more intensely flavored fruit.

The region is a veritable maze of valleys and glens, with a criss-cross of slopes which offer every conceivable aspect and micro-climate variation. This not only makes the region both charming and strikingly beautiful — but also challenging.

Dark and chocolate, spiced with pretty notes of allspice and clove, this wine is round and rich, bursting with ripe berries, combined with an earthy complexity and a velvety finish.

A blend of Cabernet Sauvignon (60%), Cabernet Franc (30%) and Merlot, this wine seems a little green out of the gate, with aromas of herbs, cocoa, vanilla, black licorice, woodspice and black fruit. The fruit flavors display the warmth of this region, with the tannins providing some heft, stretching out over time. - Wine Enthusiast 91 Points

Tamarack Cellars’ 2011 Ciel du Cheval Vineyard Reserve is an outstanding blend of 42% Cabernet Sauvignon, 29% Merlot and 29% Cabernet Franc that spent 22 months (each variety is kept separate until 12 months after the harvest) in 50% new and 50% once-used French oak. Classically styled, with lots of smoke tobacco, licorice and blackcurrant aromas and flavors, it has everything in the right place, in the right proportions, and is incredibly enjoyable to drink. Enjoy this medium to full-bodied, moderately tannic, balanced beauty over the coming decade, although it will probably last longer. - Robert Parker Wine Advocate 91 Points

Philippe Melka, named one of the top nine winemakers in the world by Robert Parker, used small lots from Washington State's finest vineyards to craft this enticing red blend.

Like the last several growing seasons, 2016 was another hot year that required extra care in the vineyards. Building on the success of our canopy managment program over the last few vintages, we worked with growers throughout the season to encourage growth of the canes and outside foliage to protect against the sun while opening up the fruit zone for even maturation. Warm temperatures in the fall hastened ripening, but the Columbia Valley's cool autumn nights protected the grapes' acidity, yielding bright, vibrant wines that will drink well in their youth but also promise to bring enjoyement to those who cellar.

A variety of fermentation methods were used to enhance complexity and richness in this classic Bordeaux blend. Hand-harvested Cabernet was fermented in 400L French oak barrels that were gently rolled throughout fermentation to integrate the oak with refined, dark fruit flavors and give the wine its silky mouthfeel. All other varieties were fermented in traditional stainless steel tanks, with select lots enjoying longer skin contact to enhance the wine's dark color and mid-palate. The finished wine was aged 22 months in French oak barrels (75% new) before bottling unfiltered and unfined.