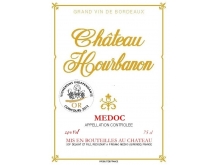 No longer available.
Notify me of updates to Chateau Hourbanon Medoc 2009
Try these Similar In Stock Wines 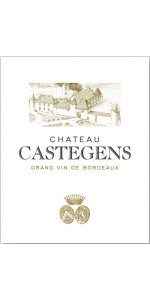 The wine boasts an intense, deep and lively red color. The nose offers black fruit, blackberry, cigar box, licorice, some delicate and integrated oak flavors as well. The mouth is full of fruit flavors, spice and fine toasty flavors. The structure is rich, but the tannins are well integrated already. The finish is long and a slight mintiness give the wine a great length and some purity.

Pairs great with meat and vegetables on the grill. 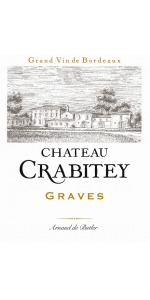 Chateau Crabitey Graves Blanc is made from 70% Sauvignon Blanc and 30% Semillon.

Chateau Crabitey Graves Blanc displays a fine, light yellow color and a nice brilliance. Its nose is fine and complex - even lemony with its pomelo scent - with some smoky notes. In the mouth, the wine is fully developed and complex, with a nice volume as well as a light acidity for the freshness. The finish is long and distinguishes itself by nice and light woody and citrus fruit aromas. 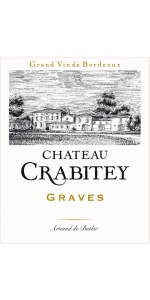 Crabitey Graves Rouge is made from 47% Cabernet Sauvignon, 47% Merlot and 6% Petit Verdot.

Château Crabitey Graves Rouge presents a dark cherry color with nice ruby glints. The nose is fresh, revealing a wide range of red fruits flavors, along with a mellow and elegant oak presence. The mouth is powerful and round, supported by smooth and subtle tannins. The wine reveals a good length on the palate, with fruity and slightly oaky notes.

The 2019 Crabitey is gorgeous. Blackberry, gravel, sage, leather, graphite and lavender build as the 2019 shows off its drive and vibrancy. The aromas and flavors are beautifully delineated. Deceptive in its mid-weight feel, the 2019 impresses with its poise and overall balance. - Antonio Galloni" 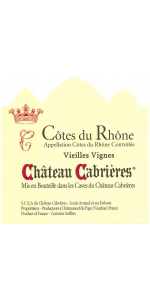 Château Cabrières’ Côtes du Rhône vineyard is located south of Orange, on the edge of Châteauneuf-du-Pape. The area of ​​the vineyard is 1.53 hectares. The soil is comprised of clay-limestone mixed with pebbles.

Bright cherry red color with an expressive red fruit nose (strawberry and raspberry). Soft tannins in mouth, with freshness and spices. This CDR tastes like a baby Châteauneuf-du-Pape!

A blend of equal parts Syrah and Grenache from vines not far from the domaine of Marcoux, the 2017 Côtes du Rhône offers a great nose of currants, kirsch, dried earth, and savory garrigue. Sweetly fruited and balanced, it has plenty of richness as well as a light, deliciously drinkable style." - 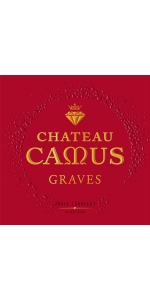 A dark purple color, this wine exhibits some delicate oak aromas, well-integrated with notes of red fruits and spices. The mouthfeel is fresh and fruity, with soft and elegant tannins. The wine is ready to drink but can also be aged for a few years to develop some secondary aromas with truffles and mushroom components

Tasting Notes: Straight attack in the mouth with supple, silky and harmonious tannins.

The vineyard Hourbanon appears in the 6th edition of Bordeaux and Its Wines, Editions Feret (the bible of Bordeaux wines), classified under the headings of Crus Artisans and Farmers in 1893. At that time the vineyard belonged to the Drouillet family, one member of whom was mayor of Lesparre.

In 1898, according to the 7th edition of Bordeaux and Its Wines, the vineyard became Cru Bourgeois, still belonging to the same family and producing 35 tons, or 31,500 liter, equivalent to 42,000 bottles
At that time, the operation is called Cru-Hourbanon, since at that time the Chateau La Cardonne was a neighbor located on the same road, 1km away. Unfortunately, the hardships of operating in the decades that followed is not known. It seems that the vineyard has had ups and downs with the same period of abandonment.

After their return from Algeria, the Montgaillard family acquired the vineyard. The Family Montgaillard operated this small area shared between the vineyards and some cows. They sold grapes to the cooperative, and the brand at that time fell into disuse somewhat.

In 1974 Rémi Delayat, the current owner’s father, acquired this vineyard. It was in pretty bad shape. This dentist from Yvelines, originally from Bresse and passionate about wine decided to restore the credentials in the vineyard of Hourbanon. Remi constructed a modern winery, and rehabilitated the old wine cellar for storing and aging wine bottles. He also renovated the farmhouse. All of this renovation work lasted several years, which his wife Nicole Delayat continued after the premature death of Remi in 1981.

Hugues, their son, took over in 1997. Having bathed in the passion of wine since childhood, he faces this trade directly in contrast to his parents. But certain constants have transcended generations : a passion for wine, respect for the land, and taste for wines of the Médoc.

Lydian was established in 2019 as a new way to experience Washington wine. The team behind the fast-rising success of Avennia brings you another delicious wine that serves as an introduction to a lifetime of wine appreciation and a fresh take on Washington terroir.

In music, Lydian refers to a musical mode, or scale that is used as a building block for some of the world’s oldest and newest masterpieces. This happy sounding mode brings joy on its own, yet when molded and crafted by talented musicians can become a work of timeless art.

We believe Washington vineyards produce some of the finest building blocks in the world. With these grapes, and the collective talent behind those growing and working with them, Lydian wines can be as complex, nuanced, and profound as any jazz classic.