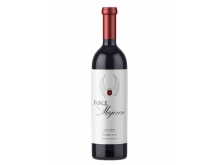 Notify me of updates to Force Majeure Epinette 2016
Product Description

Epinette is Force Majeure's Right-bank Bordeaux-inspired blend, and was named after an avenue in Libourne (France) that leads to Pomerol and Saint-Émilion, the home of Merlot and Cabernet Franc. Epinette is also the name of a musical instrument akin to a piano, as well as a word for pine tree, which is a fitting nod to their home in Washington state.

"I loved the 2016 Epinette from barrel, and it certainly doesn't disappoint from bottle. Sporting a deep purple color as well as a huge bouquet of blackcurrants, black cherries, smoked earth, chocolate, and cedary spice, this flamboyant, powerful beauty hits the palate with loads of fruit, has sweet tannins, no hard edges, building tannins, and a huge finish. It's one seriously pleasure-bent effort that has another 10-15 years of prime drinking." - Jeb Dunnuck (April 2019), 96+ pts

Force Majeure is an ultra-premium winery located in the Walla Walla Valley, specializing in estate-grown, single-vineyard Bordeaux and Rhône-inspired wines. Our wines are meticulously crafted by former Bryant Family Vineyard Winemaker, Todd Alexander. From its inception, Force Majeure has been defined by unwavering commitment to outstanding viticulture and exemplary winemaking. Our original estate vineyard is located in the famous Red Mountain AVA and we have added two new vineyard sites over the past couple of years in the Walla Walla Valley. Our estate vineyards are painstakingly farmed by a stellar team.

Our wines are produced in small quantities and are available via mailing list, as well as through a few select retailers and finer restaurants. We invite you to add your name to our mailing list to receive upcoming wine allocation offers. Wines are typically released two to three times per year.

Drawing inspiration from the great vineyards of Bordeaux, the Northern and Southern Rhône valleys, as well as parts of Spain, and with a desire to challenge existing viticultural practices in Washington state, we embarked on an ambitious plan to pioneer the very first vineyard on the steep, rocky upper slopes of Red Mountain, from where we knew we could create wines that were profound and powerful yet balanced and finessed, distinct and world-class. Most importantly, we knew the site would be unique and singular.

The effort to develop our Red Mountain estate site involved the careful matching of varietal and clonal selections, trellising and irrigation to the eight distinct soil types in our vineyard that were formed by the ancient Missoula floods, winds and volcanic activity. The outcome is a vineyard articulated into many small “micro-blocks,” maximizing the potential of this unique and dynamic site. This steep vineyard ranges in elevation from 960 to 1,230 feet and is, of course, completely farmed by hand. The rocky upper-slope with shallow soil is well suited to the cultivation of varietals such as Syrah and Grenache, while the lower blocks of the vineyard are comprised of deep, well-drained Warden soils, where varietals such as Cabernet Sauvignon, Merlot and Cabernet Franc excel.

The overall exposure of the site is west/southwest, and the Syrah planted on the hill is tightly spaced to provide some shade on the fruit. The soils have a volcanic foundation, being composed of fractured basalt, concreted ash and wind-blown loess with a high calcium carbonate content and granite erratics from the Missoula floods. The site was purchased in 2004 and development began in 2006.

We have recently acquired a small vineyard in the Walla Walla Valley, one-hour drive from Red Mountain. The property is partially within the boundaries of the The Rocks District of Milton-Freewater AVA, on the Oregon side of the border, and is located adjacent to the site of our new winery. The portion of the vineyard outside The Rocks District is within the borders of the Walla Walla Valley AVA. The Rocks District is an alluvial fan, and the cobbles that define the area are a result of deposits left by the Walla Walla River. This vineyard was planted between 1992 and 1994, and has a diverse soil profile that sets it apart from other vineyards in the area, and certainly from our Red Mountain site. The amount of soil covering the cobble stones is highest at the north end of the property and most shallow at the southern end. This gives us a lot of diversity within a small area, and the grapes will have different characteristics depending on the soil composition where they are grown. This vineyard is in an area proven to have very distinct terroir, and we know we can push the site further by bringing it under our care and attention.

THE NORTH FORK OF THE WALLA WALLA RIVER

Over the past couple of years, we have been in search of additional land to develop vineyards that differ from our Red Mountain estate, yet are capable of matching or exceeding the quality we achieve from that site. This search resulted in the acquisition of The Rocks District site mentioned previously, as well as the discovery of a new and exiting region about 15 minutes away from there.

As you move east from The Rocks District and our new winery, in about 15 minutes drive the topography changes dramatically – from flat lands with cobblestone soils to deep canyons with tall, steep hills as you approach the Blue Mountains that line the eastern ridge of the Walla Walla Valley. The area is wild and untamed, with only a couple of small vineyards located nearby. This area does not yet have a name, but the locals refer to it the as “The North Fork” because the North Fork of the Walla Walla River runs along the bottom of the canyon.

We have recently acquired a large piece of land in this area. It is a spectacularly beautiful site, and its elevation rises to almost 2100 feet. As it is so close to the Blue Mountains, it receives significantly more rainfall than many other parts of the Walla Walla Valley and Red Mountain. The high temperatures in the summer are more moderate, and the cold temperatures in the winter are less extreme than on the valley floor. The growing season at this site will be longer than either site in The Rocks District or Red Mountain.

This is a huge and exciting step into new and mostly unexplored territory, but promises to feed our passion for hillside sites and the wines made from them. We believe this site is capable of nurturing some of the best wine grapes, not just in the Pacific Northwest, but in North America. The combination of climatic characteristics, exposure and aspects as well as soil composition should make this land one of the most exciting new viticultural areas in the United States. In the future, this region is sure to be a new, single AVA. The size of that future AVA may be as small as 500 acres.

The unique topography and geological variants in these vineyards provide us with a versatility that allows us to cultivate a variety of compelling fruit characterized by stunning intensity, depth, concentration and complex flavors. The sites are all distinct and singular – yet taken together, they provide a fascinating exposition of the terroir in this region of the world. 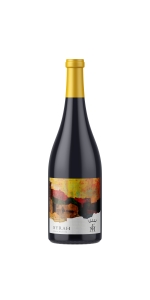 Force Majeure estate Syrah is made from 100 percent Syrah.

The Force Majeure estate Syrah is cultivated in a combination of the 8 soil types that exist in the vineyard, with most of it being planted in very steep, very rocky locations, but some also planted in deeper, loamier soils.

"The 2016 Syrah Estate checks in as 100% Syrah that saw a small amount of stems. It spent 18 months in 25% new French oak. Deeply colored, it displays a thrilling bouquet of smoked black fruits, violets, smoked meats, charcoal, and graphite. Deep, rich, incredibly fleshy and flamboyant, with perfect balance, it's a serious, world-class Syrah that will keep for 10-15 years."
- Jeb Dunnuck (April 2019), 97 pts 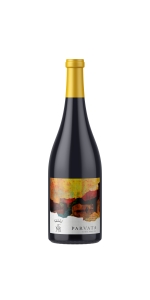 Parvata means “mountain” in sanskrit, and is the name for this southern Rhône-inspired blend, grown mostly in the sandy, loamy soils of the lower section of the Red Mountain vineyard, which bring to the wine a good degree of finesse and high-toned aromatic notes, white pepper, dried herbs and grapefruit peel.

"There are only 325 cases of the 2016 Parvata, a blend of 69% Mourvèdre, 21% Syrah, and 10% Grenache brought up in 30% new, mostly larger barrels. Deep ruby-colored, with a beautiful bouquet of black raspberries, white pepper, spiced meats, and graphite, this hits the palate with full-bodied richness, ripe tannins, and beautiful length."
- Jeb Dunnuck (April 2019), 96 pts

Parvata means “mountain” in sanskrit, and is the name for this southern Rhône-inspired blend, grown mostly in the sandy, loamy soils of the lower section of the Red Mountain vineyard, which bring to the wine a good degree of finesse and high-toned aromatic notes, white pepper, dried herbs and grapefruit peel. 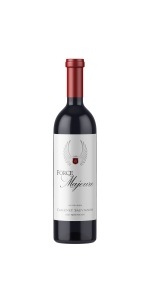 Force Majeure estate Syrah is made from 100 percent Syrah.

The Force Majeure estate Syrah is cultivated in a combination of the 8 soil types that exist in the vineyard, with most of it being planted in very steep, very rocky locations, but some also planted in deeper, loamier soils.

"A stunning, world-class wine from Red Mountain, the 2017 Syrah Estate is the finest example yet from this steep, rocky terroir and winemaker Todd Alexander. With extraordinary notes of blackberry, smoked game, cassis, graphite, charred meats, and spring flowers, it’s reminiscent of a top Cote Rotie from the Cote Blonde. With full-bodied richness, a beautiful, layered, multi-dimensional texture, ripe tannins, and integrated oak, it’s beautiful today yet will benefit from short-term cellaring and cruise for 15-20 years or more in cool cellars. This sensational wine will stand toe to toe with the best out there." - Jeb Dunnuck (April 2020), 99 pts