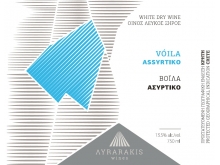 No longer available.
Notify me of updates to Lyrarakis Assyrtiko Voila 2020
Try these Similar In Stock Wines 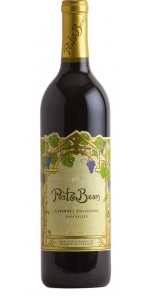 Pure, fresh plum, violet, and sage aromas lead to a round palate layered with ripe plum, dark berry, and blackcurrant flavors. Leather, cedar, and dried herb accents, along with whispers of vanilla and oak provide depth, while lithe acidity keeps the wine lifted, balanced, and bright. Supple tannins feel like suede-velvet and carry the elegant fruit and spice flavors into a finish that goes on and on. This debut vintage is pure finesse. 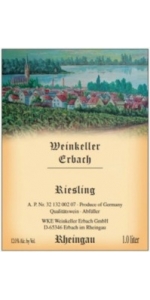 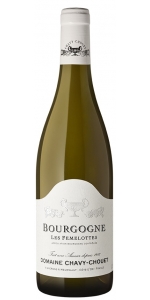 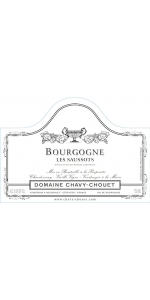 Chavy-Chouet Bourgogne Blanc Les Saussots is made from 100 percent Chardonnay. A medium yellow straw color in the glass. On the nose, you will find layers aromas of cured lemon and hints of coconut and mango. On the palate, the juice has clean flavor, fresh acidity, and excellent balance. Vanilla notes follow through to the slightly creamy finish.

The grapes from this wines are grown from the Meursault area. (either outside of the AOC limit or with younger vines).

Seafood, fish, salad or by itself as an aperitif.

Drink this one now or over the next 3 to 4 years.

A heavenly, full-bodied dry Riesling with forceful minerality from 100-year-old vines grown in the blue slate soil of Graach.

Graach is a small village in the Mosel valley. It’s steep slate slopes produce wines that combine elegance with rustic strength. Grosses Gewächs (GG) is the designation for an estate’s best dry wine from a Grosse Lage (grand cru) vineyard. This limited-production wine was fermented with indigenous yeasts and kept in the barrel, on the full lees, for a year before bottling. The extended maturation time allows the wine to develop greater texture and a deeper natural harmony. This is a fully ripe wine, with vibrant aromatics and a pronounced acidity that gives it a brilliant structural precision.

Convincing proof that 2020 is an excellent vintage for dry GG on the Mosel! Cool and stony with delicate white-peach and white-currant aromas. Really takes off at the intensely slatey and racy finish.
-James Suckling 95-96 Points 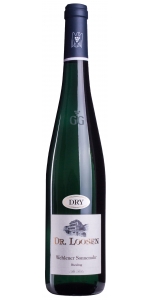 This is one of the greatest vineyards in the Middle Mosel. This precipitously steep, rocky vineyard consistently yields some of the most elegant and sophisticated white wines in the world. Citrus and white peach flavors predominate when the wines are young, turning to a pure expression of the mineral soil as they age.

Reviews:
Tasted as a cask sample in Wiesbaden in August 2021, the 2020 Wehlener Sonnenuhr GG Alte Reben offers a very intense and beautifully spicy, slatey nose. Rich and intense on the palate, with remarkable freshness and lemon flavors, this is an intense and dense, very salty and persistent Sonnenuhr from ancient vines. Very promising.
Robert Parker's Wine Advocate 93-95
Stunning white-fruit and floral aromas are married to a full and very silky body. Concentration and gracefulness all at once. A charmer with more than enough structure.
-James Suckling 94-95 Points

Lyrarakis Assyrtiko Voila is made from 100% Assyrtiko.

Description: Our family discovered the quality potential of East Crete since the 70's. Originally on the “Vóila” plain and subsequently in the extended surroundings, we discover exceptional vineyards where the great grape variety Assyrtiko thrives.

Tasting notes: Bright platinum color. Pure floral aromas with ginger spices and delicate notes of ripe citrus. Marvelously ripe grapes have given this wine a crispy and rich mouthfeel with a mineral and chalky character.

Winemaking: The harvest was performed by hand seeking to obtain a proper fruit maturity. Skin contact was carried out at 12°C for 16 hours. Fermented in a stainless steel tank, this wine had a slow fermentation rate that lasted for more than 15 days.

The Lyrarakis Estate is a family winery which has been producing high quality wines since 1966 with a strong focus on rare local varieties and producing single variety wines.The family is credited with the revival of two ancient Cretan varieties, Dafni and Plyto while a third “vineyard treasure”, the indigenous Melissaki, is recently added to the credits.Surrounded by the idyllic setting of the vineyards and the Lassithi mountains we offer you the opportunity to enjoy nature and discover local varieties and wines distinguished by the uniqueness of their origin and heritage.

The founders of the Lyrarakis Estate decided 40 years ago to get actively involved with winemaking in their native land. The company now known as GEA (Alagni Agricultural Enterprises) was founded in 1966. The family has always used its privately owned vineyards. At that time, the dominant varieties included Vilana, Kotsifali and Mantilaria. After careful selection of the Vilana strain, the first organised planting of this particular variety was completed and served to supply the farmers of the region. But the family’s grape-growing did not stop there. In the late 1980s, there was an attempt to save two rare native varieties, Dafni and Plyto, from the Phylloxera blight. Efforts were ultimately successful as indicated by the wines of the same name first made available by the Lyrarakis company in the early 1990s.

The village of Alagni, from which the Lyrarakis family originated, is located in the heart of Heraklion Prefecture, in the most mountainous area of Crete’s Peza region with the extensive wine-producing tradition (stone-carved wine presses from the Venetian era are scattered throughout the region).

Today, the family vineyard is 15 hectares (37 acres) and produces seven single-variety wines from native grape varieties: The selection of products is rounded off with combined vinification of native and foreign varieties, the best-known of which include Kotsifali-Syrah and Cabernet-Merlot.

Toil Oregon Pinot Noir is made from 100 percent Pinot Noir.

Dark garnet color. Seductive aromas of black tea, tobacco, and crushed tart cherry and blackberry. Faint notes of vanilla and toast accentuate dark plumb and cherry character. The palate is seamless with silky texture and long sweetness. Classic Oregon Pinot Noir from an outstanding vintage. So incredibly pleased to present the first Toil Oregon Pinot Noir that includes fruit from Toil Estate Vineyard! It is an understatement to say our estate fruit is an amazingly positive contributor to the final blend.

Young yet already showing layers of complexity, this opens with strawberry, raspberry and cranberry fruit, along with a whiff of smoke. It's well set up with ample acidity, and aging in one-third new French oak. Toil wines need a few years to reveal their full power, as tastings of past vintages show. Aerate this aggressively and drink with pleasure now into the 2030s

Great structure meets a lush texture in this red, with cherry and raspberry flavors that gather bay leaf and dusky spice flavors toward medium-grain tannins. Drink now through 2029. 754 cases made.