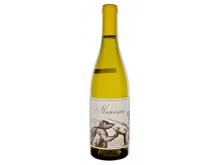 ID No: 446926
Rate This Item
+ Enlarge
No longer available.
Notify me of updates to Marcassin Sonoma Coast Chardonnay 2014
Try these Similar In Stock Wines 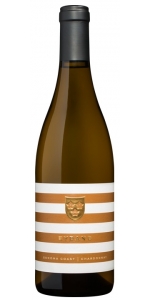 Bydand Chardonnay Sonoma Coast is made from 100% Chardonnay

Farmed by one of California’s most respected and longest operating grape-growing families, the Roberts Road Vineyard is located in the Petaluma Gap. Sitting on well draining gravel soils, coastal winds allow for a long, slow and even growing season. Planted in 1998 these Dijon 95 grapes provide minerality and vibrancy to a full-bodied wine with impressive purity of flavor and mouth-feel. French oak barrels add subtle toast to aromas of pear, stone fruits and white citrus.

"Dark gold in color, this wine is densely layered in ripe peach and rich butterscotch. The oak is hearty yet well-integrated, adding to the overall structure and power of the wine. - Virginie Boone "
- Wine Enthusiast (July 2020), 90 pts 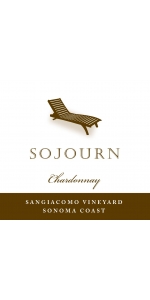 Sojourn Chardonnay Sangiacomo Vineyard is made from 100 percent Chardonnay.

The core of Sojourn Sangiacomo Vineyard Chardonnay is from the same vineyard source as the highly-acclaimed Sojourn Sangiacomo Vineyard Pinot noir wines. This wine features a combination of Clone 95 Chardonnay from Sangiacomo Roberts Road Vineyard and Old Wente Clone from Sangiacomo Vella Ranch. The Roberts Road block, planted in 1998, provides minerality and vibrancy. The Old Wente Clone selection is known to produce distinctively small clusters, low yields, and results in elegant, complex wines that round out this blend. These ranches are perfectly suited for growing Chardonnay, with cool climates and well-draining soils. 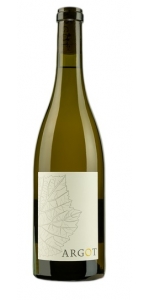 Pouring a green-tinted gold, our Sonoma County Chardonnay is a beautiful wine from word go. Radiating from within, a blast of apple/pear fruit informs this wine both aromatically, and on the palate. As flavors unfurl, a progression of orange blossom, pineapple, white peach, and hazlenut are followed by a finish dominated by ginger, baked apple, with a trailing kiss of mint’s freshness. A stunning wine — wholly informed by the perfection of 2018’s growing season — defined by its dichotomy of massively intense flavors, and superb acidity and freshness.

Raised by minimalistic methods, often associated with the classic Chardonnay winemaking techniques of Meursault. With a focus on the coolest Chardonnay region in Sonoma County, 2018’s long, even growing season favored our vineyards’ moderate climate, old vines and deep volcanic soils. These grapes were allowed an extended ripening period on the vine, resulting in perfect balance and concentrated flavors. 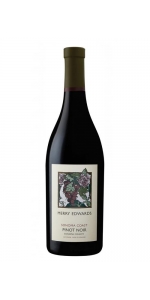 The enticing profile of this elegant Pinot Noir was created by blending together individual lots made from several different clonal selections. The grapes come from diverse sites bordering the Sonoma County coast, and each vineyard is influenced by its proximity to the Pacific Ocean, which is just a few miles away. In the late afternoon, marine winds carry cool fog to blanket these sites, sometimes until late the next morning. This weather pattern lengthens the “hang time” of the grapes on the vine, allowing complex flavors to develop.

The wine possesses a deep ruby opaque color with a garnet red rim. On the nose, it offers aromas of bright Bing cherry with hints of licorice, subtle forest floor and open inviting notes of rose petal, vanilla and baking spices. Rich and lively upon entry, the mouth begins with fruit forward notes of crunchy raspberries and red cherries. Silky tannins are supported by well-balanced acidity and mocha notes throughout a long finish.

Jammy plum, strawberry and dark cherry ooze from the core of this beautifully coastal wine, seasoned in dried herb, clove and black tea. Expressive and varietal, with a thick tannin structure, it has room to open further and unwind, its oak well integrated and its tannins structured. 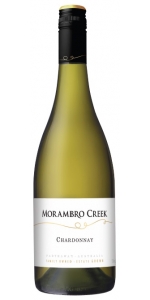 Morambro Creek Chardonnay 2014
$32.99 $24.00
Buy Now
Our Vineyards
“Our family vineyard is located in the picturesque and historic Padthaway valley, 300 km south of Adelaide. Our rich, fertile terra rossa soils, environmentally friendly viticulture, low yield and exceptional fruit is how we consistently produce outstanding wines. Small parcels of the highest quality fruit are selected from our family vineyard and handcrafted to create wines with amazing depth of flavour, style and balance…” ~ David Bryson
Winemaking Notes
Fruit was harvested in the cool of the night and gently pressed. The juice was fermented in French oak barrels (35% new, 65% aged). Various components underwent: a wild ferment, malolactic fermentation and extended lees contact to give the wine further complexity and flavour. Individual parcels were selected and blended, then filtered to produce this Chardonnay without compromising the purity of the fruit in both flavour and aroma.
Vintage Overview
2014 was a very good season with predominantly mild, dry days. Yields were generally low and this did result in some excellent parcels of fruit being harvested. Vine-balance was carefully monitored, resulting in fruit that demonstrates the vibrancy and fruit-derived characters that we strive for in our wines.
Tasting Notes
Pale straw in colour. Concentrated citrus and white peach fruit flavours are complimented by delicate yeast and subtle spice aromas. The palate is clean and fresh with vibrant fruit flavours, mineral characters and a good lingering finish.
Production Statistics
Bottling Date: 20/1/2015
Sizes: 750ml
Region (GI): 100% Padthaway
Varietal: 100% Chardonnay
Alcohol: 13% alc/Vol Total
Acidity: 6.73 g/L
pH: 3.18 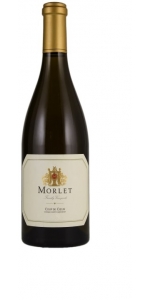 Morlet Coup de Coeur Chardonnay is made from 100 percent Chardonnay.

From the same hillside vineyards as ‘Ma Princesse’ and ‘Ma Douce,’ this unique cuvée was judiciously blended from a strictly limited number of selected barrels displaying truly outstanding features. It is our ‘Heart’s Astonishment’ or ‘Coup de Cœur.’

Straw yellow color. Complex bouquet of candied lemon, citrus oils, Reinette apple and strong notes of hazelnut and white truffle. Mineral driven on the palate, the mouth feel is rich yet delicate. Seamless and classic, it is wonderfully subtle and long on the finish. With a very high ageing potential, this wine can be cellared for over a decade.

The 2014 Chardonnay Coup De Coeur is always a selection of the best barrels of Chardonnay in the cellar. The 2014 has a breathtaking nose of honeyed tropical fruits, apple blossom, citrus oil, a hint of marmalade and subtle toast. It is full-bodied and rich with great acidity and considerable structure built-in with vibrant acidity and natural energy. This is a beauty, but I suggest patience of a year or so before enjoying it over the following decade or more.

Marcassin Sonoma Coast Chardonnay is made from 100 percent Chardonnay.

The 2014 Chardonnay from the Marcassin Vineyard could be described as a letdown after two perfect wines, but of course, it’s not. It shares the great intensity of its predecessors, doesn’t seem to have quite the complexity and profound depth of either the 2012 or 2013, but since it’s younger, that may appear with more time in the bottle. Certainly the tangerine oil, caramelized citrus, honeysuckle and lemon blossom are all present in this wine of impressive fruit purity, equilibrium and length. Like the 2013 and 2012, it has at least 10-15 years of aging potential.. -Wine Advocate 96 Points

What an extraordinary tasting this was at the Marcassin winery just north of Santa Rosa in Sonoma County. Just when you think the duo of Helen Turley and John Wetlaufer can’t make greater wines, they bowl over the taster with an array of exquisite quality that really must be tasted to be believed. Marcassin was probably California’s greatest Chardonnay after the famous Chalone winery fell from the pinnacle and onto hard times in the 1980s (and it has yet to rebound). Moreover, Marcassin set the bar for great Pinot Noir as well. And while both their Chardonnay and Pinot Noir have many competitors these days (from the likes of Harford Court, Mark Aubert, Kistler, Kongsgaard, DuMol, Thomas Brown, Peter Michael, Martinelli and Luc Morlet, to name a few), John Wetlaufer and Helen Turley remain the reigning geniuses of these two varietals in California. Certainly, their meticulous attention to detail in both the vineyard and in the winemaking and élevage account for the quality, but they were among the pioneers who saw the unlimited potential from the Sonoma Coast, now a relatively crowded neighborhood. This was a remarkable tasting that simply blew me away, and I have been following their wines since the first Marcassins were made in the early 1990s. By the way, any doubts about aging potential should be crushed immediately, as even in the most challenging vintages in California, Marcassin Chardonnays and Pinots have aged as well as, if not better than just about any grand cru white Burgundy. For example, 1995 and 1996 Chardonnays, particularly those from the Lorenzo Vineyard, are incredibly youthful and dynamic, and the Marcassin Estate Pinot Noir, even from vintages such as 1998, is simply amazing. The three Chardonnays tasted include two perfect wines. Perhaps the closest comparison is not to anything made in California, but a Corton-Charlemagne in a top vintage from the famous Jean François Coche-Dury.

Marcassin (French for ‘young wild boar’) is a distinctive Sonoma Coast, California winery owned by renowned winemaker Helen Turley and her husband John Wetlaufer, a viticulturalist. Helen Turley has worked as a consultant for numerous acclaimed wineries, but she now focuses mainly on her Marcassin wines.

Helen & John (a viticulturalist) produce around 2,500 cases of Chardonnay and Pinot Noir annually. The wines are highly sought after: 90% of the wine is sold via mailing list, and eager connoisseurs can wait years for the chance to be allocated a bottle.

Marcassin’s limited yield 20-acre estate vineyard is located on the Sonoma Coast and planted 2/3 Pinot Noir & 1/3 Chardonnay. It is meticulously farmed with densely planted vines. Fruit for their other vineyard-designated wines are sourced from neighboring Sonoma Coast vineyards.

Its beautiful salmon-pink color hints at the enjoyment that awaits you. Alluring aromatics spill out of the glass, with scents of fresh-cut ripe strawberry, candied rose petal, cotton candy and bubble gum harmonizing together and inviting deeper inspection. In the mouth, the first sensation is one of volume and a cacophony of lush ripe fruit flavors, followed by a zingy, green apple acidity and a slight mouth-watering frizzante, the trademark of Patton Valley Rosé. One glass is never enough.

Intense ruby red in color with garnet hues, clear and glossy. The bouquet exhibits typical aromas of violets and small red berries. Subtle nuances of forest undergrowth, aromatic wood, a touch of vanilla and jammy mixed fruit then give way to subtle hints of coffee. This Brunello is intense, persistent, broad and heady. Full-bodied and warm on the palate, with a densely-woven texture and robust body, it has a persistent finish with well-rounded tannins. The particular features of the terroir at San Polo produce a Brunello with a capacity for lengthy aging, while patient cellaring enhances the wine during ageing in the bottle.

Lovely purity of fruit with ultra fine tannins and depth, finesse and complexity. Black cherries, cedar and some flowers. It’s full-bodied with very fine tannins that drive the finish. Give it a year or two to open more, but already so enticing. Drink or hold.

The San Polo 2015 Brunello di Montalcino Riserva (with 8,000 bottles produced) is a textured wine with hearty fruit and touches of smoked meat and spice. At its core, the wine offers dark fruit, blackberry and ripe plum. The rich fruitiness of the wine cedes to campfire ash, mahogany and furniture wax. These results are sultry and even a bit flashy, with distant background tones of teriyaki and plum sauce. The wine is fermented in cylindrical oak fermenters and aged in oak for three years. We'll see this bottle hitting the market sometime after February 2021.