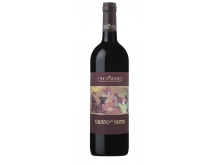 Giusto di Notri is a Bordeaux-inspired blend of 60% Cabernet Sauvignon, 30% Merlot and 10% Cabernet Franc, selectively harvested in September. After a gentle pressing, the juice and skins macerate for a lengthy period of 25-30 days to add concentration and depth to the final wine. The wine is then aged for 18-20 months in French oak barrels and refined six months in bottle before release. The word "Giusto" refers to the name of the Patron Saint of Suvereto (the hilltop Tuscan town where Tua Rita is located) and "Notri" is the name of the winery's exact location.

Tasting Notes Deep purple in color, Giusto di Notri offers abundant aromas of blackberry, plum and currants with underpinnings of coriander, violet and a touch of vanilla. Full-bodied, with ripe, fine tannins, and a silky texture, this is a stunning wine with great aging potential.

Rita Tua and her husband, Virgilio Bisti, bought approximately 37.5 acres of land in 1984 and planted it with Cabernet and Merlot. They later purchased an additional 17.5 acres of land, bringing the total estate to 55 acres, of which about 45 are planted with vines. The winery released its first vintage in 1992, and soon began receiving praise and accolades from wine enthusiasts worldwide for its rich, full-bodied wines. In just five short years, its 100% Merlot had achieved cult-like status, receiving outstanding ratings from the world’s most prestigious wine critics and publications. Critic Robert M. Parker Jr. said the 1999 Redigaffi was “as close to perfection as a wine can get.” The following year, he gave the 2000 Redigaffi a perfect 100 score. The winery’s Bordeaux blend, Giusti di Notri, also garners near-universal praise. Little wonder that Tua Rita’s wines are considered among the most difficult to find in Italy.

Tua Rita is located in Suvereto, a small medieval town in the Tuscan province of Livorno, on the coast south of Bolgheri. The winery lies at just 300 feet above sea level, on clay, silty soil. 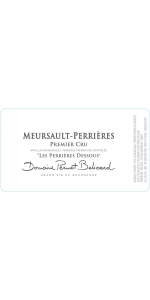 The grapes for this wine come a tiny half-acre parcel in the Premier Cru Perrieres in Meursault.
The nose is intense and expressive with ripe white fruit and stone fruit aromas supported by oaky and toasty notes. Fresh and generous in the mouth, a mineral character and vibrant acidity across the palate, and a long lingering finish. 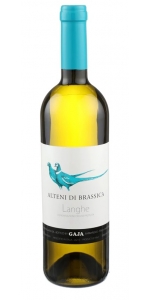 Fresh and floral, featuring a sleek note of white flowers: jasmine, acacia and lily. Tomato leaf, combined with sage and pink grapefruit, lead the way for a juicy display of mango, papaya and passion fruit.

Alteni di Brassica has a powerful style and a rich bouquet. A vivid structure with bright acidity, yet it displays a mineral accent on the mid-palate. The finish is long, sweet and focused.

The 2019 Alteni di Brassica is bright, focused and full of energy. Sage, mint, tomato leaf ‘and a whole range of varietal accents lend vibrancy to this beautifully sculpted, phenolic in feel Sauvignon from the Gaja family. The 2019 was fermented and aged in a combination of steel and cask, with no racking until bottling. | especially admire the precision here. 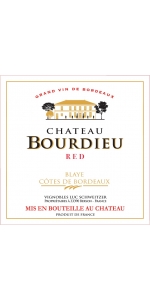 Chateau Bourdieu Blaye Cotes de Bordeaux offers a beautiful red ruby color deep and intense. It exhales red fruits and blackcurrant aromas, completed by notes of redcurrant. The mouthfeel is round and juicy, with a smooth, well integrated tannins that offers a nice structure and a long finish.

Perfect with a magret de canard (duck breast) or a filet of beef.

"Flamboyant and deep, with ample, lush and fresh forest fruits, bramble and cassis, with cascading sweet spice swifty following. A super, brooding wine which will shine brighter with time" 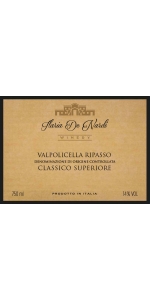 Intense red color with garnet hints. Almond and fresh walnut aromas. Full-bodied with a good structure.This is an excellent red wine with a supple body. The techniques used to produce this wine is typical from the area.

Late harvest style Corvina aged on Amarone lees. The must of Amarone remains in the vat and instead of being pressed, it is topped up with high quality Valpolicella before being left to referment for about 10-15 days. 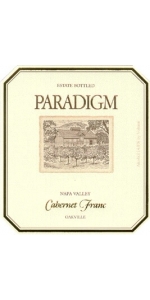 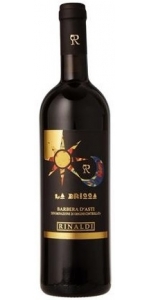 Rinaldi Barbera d' Asti La Bricca is made from 100% Barbera d'Asti.
"Bricca" means the top part of the hill. (see picture of the vineyards)
The soil is calcareous with tufa layers.
The average age of the vines is 30 years.
Vinification in stainless steel at 30 C° under temperature controlled conditions. There is a 5-6 days maceration period on the skins to extract as much color as possible. After the malolactic fermentation is completed, the wine is aged for about 8 months in new barriques of 225 liters before bottling.
La Bricca is a deep ruby red colored wine with violet hues. The bouquet is vinous and intense with ethereal aromas (typical of the Barbera grape) and scents of ripe fruit and spices. The wine is full bodied with very pleasant silky tannins. Long and harmonious with a good ageing potential.
Food pairing: meat dishes, cheese and charcuterie.
Serving temperature: to appreciate the wine at its best, the bottle should be left at least 24 hours at room temperature and opened 1 hour before serving. 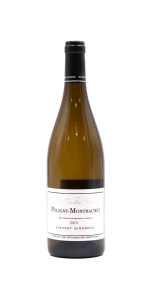 Vincent Girardin Puligny-Montrachet Vieilles Vignes is made from 100 percent Chardonnay.

Heady bouquet of dried almond, butter, and mineral notes. Once the wine is opened, we have fine notes of white flower, butter, and toasted bread. The touch of sugar on the palate reveals the fruit was very mature. Its mineral structure brings purity and freshness.

An intense violet color. Smells of black fruits that are complemented with notes of figs and spices. Soft, round tannins. Excellent concentration, juicy flavor and very voluminous.

This particular wine received the BEST CARMENERE IN CHILE award during the Cata d'Or Wine Competition.

After carefully determining the moment for the harvest, the grapes are harvested by hand and later de-stemmed and marinated in cold temperatures for 5-6 days. Alcoholic fermentation is between 26ºC and 29ºC during which daily reassembly is implemented according to taste. Post-fermentation infusion lasts for two or three weeks. Once the blend is made, the wine is gently clarified and stabilized in cool temperatures if necessary.

"A step up from the Gran Reserva release, this comes from an 11-year-old vineyard in Los Lingues and is another impressive expression of Chile's adopted red grape. Subtly wooded in third and fourth use barrels, it's appealingly fresh and detailed with graphite, green herb and blackberry flavours, tangy acidity and refreshing minerality. 2022-28"

"There’s no missing the huge black-fruit character of this full-bodied but well-balanced Lirac. Excellent integration of tannins, fruit and alcohol, Touches of tar, licorice and Mediterranean herbs add interest, particularly at the supple finish. From organically grown grapes. Drink or hold."