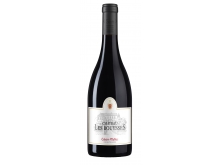 Notify me of updates to Bouysses Cahors 2019
Product Description

A beautiful dark brilliant ruby purple color. The nose is complex of black cherry, blackberry with a hint of violet, followed by a buttery and vanilla note. The palate is rich, powerful, with smooth and melted tannins. This wine is fleshy and velvety.

Château Les Bouysses is an ancient priory rich of 800 years of history. It was bought by the Marre Family in 1933. “Bouysses" is the old French word for “buis” – the boxwood that borders the alleys of the property. The 30 hectare-estate is located in the town of Mercues nearby Cahors in the Southwest of France. It is planted with 24 hectares of vines and 6 hectares of walnut trees.

A thirteenth century royal decree requesting lords to donate some land to allow the establishment of religious communities and monasteries was at the origin of ‘Les Bouysses’, in 1230. The lord of Rassiels (a place situated above Douelle), Raymond de Lard, therefore ceded land called “Les Bouysses” to Dame Guillemette, the second abbess of Leyme, for the establishment of a cistercian priory. A small number of nuns lived there, perhaps a dozen or thereabouts.

During the Hundred Year- War the nuns were forced to leave by the English. Subsequently the nuns returned until year 1600, from which date they remained at Leyme but kept their eyes on events at the Bouysses priory. In 1745 they authorized the demolition of their chapel which was remplaced by a winery on the same site. Henceforth the wine was located at ‘Les Bouysses’ and the prayers at Leyme.

In 1789 property belonging to the Church became property of the French state and in 1791 the estate was sold to François Agar, who was mayor of Mercuès and wine merchant in Mercuès and Paris-Bercy. A fire at the Bercy warehouse caused his bankruptcy and he was obliged to sell the estate to one of his cousins Count Michel Agar de Mosbourg. The latter built most of the existing buildings with the exception of the winery and one of the cellars. The elegant perron with double flight of stairs outside copy italian designs that he had loved during his trips to Italy. The Orangery was built in 1820. The stables were built nearby following a request by Napoleon Bonaparte who was to have visited with his guard and horses. He never made the journey.

Count Michel Agar de Mosbourg did have one son who had no sons or daughters. It was therefore the nephews of the latter, the Vicomtes de Rougé, who became owners at the end of the nineteenth century. The last viscount, inventor of aircraft tailplanes, sold some land to finance his research. As his invention was stolen before he was able to patent it, and consequently lost the fees he should have received, he was obliged to sell off the rest of the estate.

The Marre family became owners in 1933. Until relatively recently it was a purely agricultural enterprise but it was decided to rehabilitate the main building called the ‘Château’. 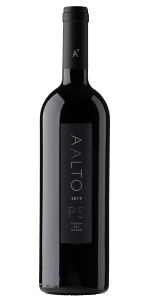 Aalto P.S. Pagos Seleccionados Tinto  is made from 100 percent Tempranillo.

The farming year began with a mild autumn and little precipitation. A very dry winter started with -9ºC reaching at the end higher temperatures than normal for that time of the year. Spring and summer characterized by little rain, only some rain showers in July and late August avoided the hydric stress of the vines. The vegetative cycle of the vine developed with big variations of temperatures, alternating warm and atypical low temperatures of 4ºC for mid-June. The ripening of the grapes happened under very good conditions and the harvest started on 24th September 2019.

100% Tinto Fino (Tempranillo) primarily from very old vines – 60 to 90 years old – from selected plots in La Horra and La Aguilera. The harvest was done by hand, in small boxes of 15 kilos that are thoroughly inspected, bunch by bunch, on the selection table.

Purple red color. On the nose we perceive good dark fruit intensity and elegant spicy hints. On the palate it is fresh and dense with enveloping tannins. AALTO PS 2019 is a long, intense and full of nuances wine that will benefit from a time in the bottle. 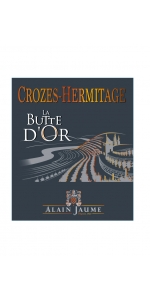 The wine comes from vineyards planted on well drained soils that are composed of gravels deposited by the Isere and Rhone Rivers. They store heat and bring a beautiful expression of Syrah.

The nose offers intense aromas of violet, blueberry and blackcurrant that mingle with subtle notes of mint and black pepper. In the mouth, the wine is juicy and pleasant with a velvety texture.

"The 2019 Crozes-Hermitage La Butte D'Or is incredibly spicy and peppery, with a medium-bodied, elegant, nicely balanced style. Delivering silky yet present tannins as well as good acidity, it’s just about as gulpable and delicious as they come. Enjoy bottles over the coming 4-6 years." 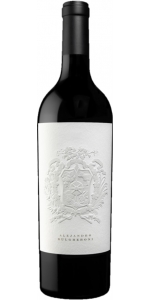 It is hard to imagine with the Lithology range receiving 298 points out of 300 for the three single-vineyard wines, that there could possibly be a wine above them. But there is, and it is our Estate wine. Blended several times very intently by masters of their craft Philippe Melka and Michel Rolland, this is the ultimate expression of our house’s work. Positive, full-bodied, and quite powerful, there’s the expected crème de cassis and blackberry from St. Helena Cabernets, with mineral, herb, subtle tobacco and vanilla, plum skins, and pie crust, purple flowers, forest-conifer notes, and very fine tannic structure. It is a magnificent, and magnificently elegant expression of this house, and when asked recently, Monsieur Rolland stated plainly to me, “oh yes indeed – this is the best one, the best yet…”

Pure perfection in Cabernet, the 2019 Cabernet Sauvignon Alejandro Bulgheroni is all varietal and comes two-thirds from Oakville with the balance from sites in St. Helena and Rutherford. Aged 20 months in 70% new French oak and put together by Philippe Melka and Michel Rolland, it has an incredibly pure, full-bodied, massive yet weightless style that I suspect couldn’t be achieved anywhere outside of Napa Valley. Cassis, blackberries, leafy herbs, lead pencil shavings, and tobacco leaf are just some of the nuances here, and it’s full-bodied, deep, and concentrated on the palate while maintaining an ethereal, seamless, utterly perfect balance between its fruit, alcohol, tannins, and acidity. As good as it gets, it needs just 2-4 years in the cellar and will evolve gracefully for at least 20-25 years. 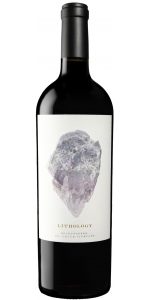 Here the Cabernet comes to us typically flawless, and the wines are as such. There is blue fruit, blueberries, black plums, blackberries, and cassis to the aromas, as well as stones, mineral, chocolate, fresh tobacco, and subtle herbs. It is incredibly full-bodied, but at the same time effortlessly drinkable, with ultra-smooth tannins and a positive, long, upturned finish. 70-75% new French oak is the norm for us with Dr. Crane, and those flavors are absorbed to become a vanillin complexity, sweetness, and length. An unbelievable wine.

You don’t see many Cabernet Franc-dominated wines from this site, but the 2019 Cabernet Franc Lithology Beckstoffer Dr. Crane Vineyard is certainly impressive. Offering more herbal, chocolate, gravelly earth, and espresso aromas and flavors, it has full-bodied richness and, as expected, is a powerful, opulent expression of this noble variety. The blend is 83% Cabernet Franc and 17% Cabernet Sauvignon, aged 20 months in 80% new French oak. It will benefit from short-term bottle age and drink nicely for 20 years. 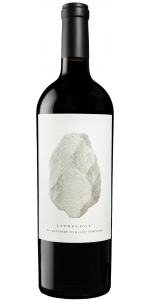 Alejandro Bulgheroni Estate Lithology is a series of single vineyard and AVA-designated wines made from select sites within Napa Valley. Lithology Beckstoffer To Kalon Vineyard is produced solely from fruit grown in the historic Beckstoffer to Kalon Vineyard planted in 1865 by W.H. Crabb and represents Oakville's famous bench land.

The 2019 Cabernet Franc Lithology Beckstoffer To Kalon Vineyard just shines for its bouquet, which is classic To Kalon with its floral, incense, spicy, red and black-fruited aromatics. These all flow to a medium to full-bodied, utterly seamless Cabernet Franc that’s balanced, has laser-like precision, and a great finish. This isn’t the biggest or richest wine in the lineup, but it’s Cabernet Franc in all its glory, with soaring aromatics and complexity, ample richness and texture, and a beautiful sense of finesse and elegance. It’s going to keep for 15-20 years with no issues.

Composed of 90% Cabernet Sauvignon and 10% Cabernet Franc, the 2019 Lithology Cabernet Sauvignon Beckstoffer To Kalon Vineyard is a barrel sample with a deep garnet-purple color. It needs a fair bit of coaxing to unlock scents of blackberry pie, warm blueberries and cassis plus suggestions of spice cake, underbrush, candied violets and chocolate box. The full-bodied palate brings forth loads of earthy layers to accent the rich, black fruits, framed by plush tannins and lovely freshness, finishing long and fragrant.


The 2019 Cabernet Sauvignon Lithology Beckstoffer To Kalon Vineyard is one of the very finest wines I have tasted from Alejandro Bulgheroni's Napa Valley project. The 2019 To Kalon captures all the pedigree of this iconic Oakville vineyard, and yet also remains nuanced and wonderfully finessed for an intense wine. To Kalon Cabernets are rarely this elegant, but the Bulgheroni 2019 sure is. 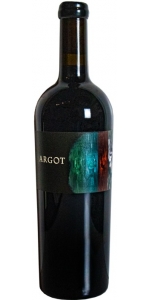 The original thought was to be a one wine brand, with a single minded vision to produce the best value-priced Cabernet Sauvignon in America. How do you go about this? Traditional winemaking. Natural fermentations. Barrel-aging. Plus, bottling unfiltered and unfined. In essence, making the wines in small batch winemaking integrity, but doing so on a larger scale. The wine is black. The label definitively says, "This is Cabernet Sauvignon." With the CS, you know who made this wine: Charles Smith. There is also the single vineyard, single expression, Bordeaux varietals (ex: Cabernet Sauvignon and Merlot) produced in very limited quantities. Let's not to forget, the single vineyard Loire-style Substance Sauvignon Blanc. This is the newest chapter in the history books of Charles Smith and his wines.

The 2016 Cabernet Sauvignon Powerline Vineyard (which is all from Clone 2) is a brilliant, brilliant wine that’s loaded with ripe red, black, and blue fruit as well as notions of green herbs, tobacco, chocolate, and even hints of spiced meat. Complex and medium to full-bodied, with good acidity and a balanced, seamless mouthfeel, it’s already hard to resist yet is going to cruise of 15+ years in cold cellars. -Jeb Dunnuck 95 Points

Sylvestra Sparkling Extrasecco is made from 100% Sauvignon Blanc.

Sylvestra wines show typicity, varietal power and careful elaboration from the Bressia family with the character, freshness and rebelliousness of the new generation. Fruity aromas, floral memories and authentic flavors - here is the expression of Sylvestra, with no oak, just fruit.