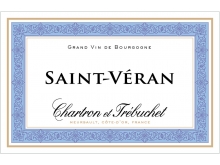 Chartron & Trebuchet Saint Veran is made from 100 percent Chardonnay.

Clear pale yellow in color. Fresh notes of lime, verbena and tea. The mouth offers a great acidity, with floral and citrus aromas.

Perfect with noble seafood (gambas, lobsters, crayfish...) but also with foie gras and white meats with a creamy sauce (veal or poultry). Sushi pairs perfectly with its minerality. Ideal with Goat cheese as well.

The Chartron et Trebuchet Estate
Owners of Premiers and Grands Crus in Puligny-Montrachet since 1859 with the Domaine Jean Chartron, Jean-René Chartron founded the Maison Chartron et Trébuchet in 1984 with Louis Trébuchet, manager of a wine trading company.
Vincent Sauvestre acquired the company in 2004. His objective is to continue to promote the great white wines of Burgundy, whilst respecting and perpetuating the quality work achieved by Jean Chartron and Louis Trébuchet.

The Maison Chartron et Trébuchet specialises in producing great white Burgundy wines. The know-how of the winemakers begins with a radical selection of the very best plots: the highest-quality terroirs of the Côte are chosen and the grapes are carefully monitored throughout the ripening period. Grapes are hand-picked when the balance between acidity and sweetness is at its prime: the fruit must not be too ripe so that the full potential of the terroir is maintained, including its acidity, to ensure that the wines age properly. All of the winemaking is done in casks: the alcoholic fermentation is followed by malolactic fermentation. A proportion of 20 to 40% of new barrels is used, depending on the appellations and the vintage. Wines are left to age for 12 to 18 months depending on the appellations.

The Chartron et Trebuchet Vineyards
Chartron et Trébuchet's vineyards are all planted on Limestone and Clay based soils. In average, the age of the vines is 30 years old. 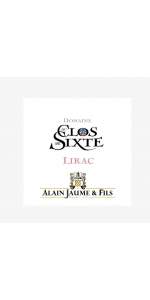 "The 2016 Lirac Domaine du Clos de Sixte is a terrific wine, easily the rival to many Châteauneufs from across the river, starting with its alluring aromas of flowering garrigue and ripe cherries. A blend of 50% Grenache, 35% Syrah and 15% Mourvèdre, this full-bodied wine is lush and concentrated on the palate, then turns velvety on the long finish. I'd treat it like a Châteauneuf du Pape in terms of cellaring: hold it for a few years, then drink it over the next 15. - Joe Czerwinski"- Robert Parker's Wine Advocate (Issue 233, October 2017), 93+ pts 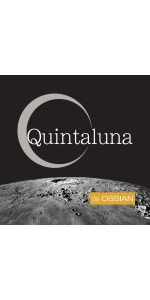 Ossian Quintaluna Verdejo is made from 100% Verdejo

Quintaluna is a young wine that is made exclusively from Verdejo in the province of Segovia. 60% is very old grape: pre-phylloxera (ungrafted). 40% is made of very young grapes on trellises, grown certified organic, with low yields. The key to success for the Verdejo grape is held in the soil. Ideal soil has a high content of sand and pebbles of different sizes. Some have higher proportions of clay and others have significant proportions of clay and limestone. As the pebbles and sand allow for good drainage, the clay holds enough moisture to allow the vines to thrive.

The color is a straw yellow with greenish reflections. On the nose, you will find aromas of white flowers, stone fruit (peach), and citrus (lemon, mandarin). It also displays tropical fruit aromas. The palate is complex. Natural acidity is evident in the freshness and length on the palate. Almond and ripe fruit flavors are found in the mid-palate with fresh grass and citrus on the finish.

It pairs wells with all kinds of appetizers, entrees and salads. 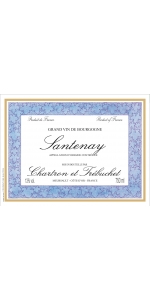 The wine is clear and brilliant, mineral and floral, fresh and vigorous. Its aromatic expression features notes of bracken fern and hazelnut.

Its lightness, vivacity and edge would be a good choice for fluid and creamy like pasta or risotto with mushrooms. It would harmonize well with cheeses like Comté and goat cheeses. 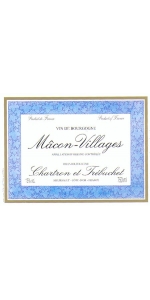 Chartron & Trebuchet Macon-Villages Chardonnay is made from 100 percent Chardonnay.

White gold in color with silver highlights. The notes of chalk and limestone make it a very tense and mineral wine. The palate is complex with aromas of lemon and orange blossom. The freshness is ensured by a good acidity that pleasantly wakes up the taste buds.

Ideal as an aperitif, but also with poultry and veal in creamy sauce, creamy risotto with meat or fish, grilled fish, cold antipasti and ratatouille, mixed salads, sushi. Perfect with Goat cheese. 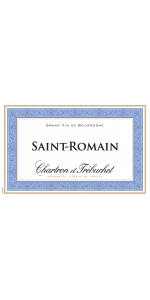 Chartron & Trebuchet Saint Romain is made from 100 percent Chardonnay.

VINIFICATION: Harvest by hand. The grapes are pressed immediately upon arrival at the winery in pneumatic presses. The alcoholic fermentation takes place in oak barrels, 20% new oak.

AGEING: The wine is aged for 10 months in oak barrels with regular stirring to gain depth and complexity.

Tasting Notes:Delicious white burgundy with lime and lemony flavors. Chardonnay with a nice minerality and some golden highlights with age.

Its freshness and finesse allow it to be enjoyed as an aperitif. It also pairs well with white meat and sauce. At the sea side, it will be perfect with a plate of shellfish (lobster, scallops) steamed or poached or noble fish just fried, grilled or steamed. Cheeses: Goat cheese, Beaufort Comté, Emmental... 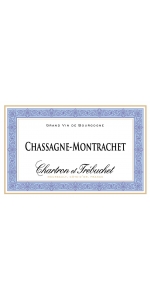 The Chassagne-Montrachet is a pure golden yellow color. The nose opens on complex aromas with vanilla and apricot notes. Spicy aromas can be smelt. Ample and round on the mouth, aromas of vanilla develop, ending with a sweet note of sap.

Chartron & Trebuchet Montagny Les Bouchots is made from 100 percent Chardonnay.

Tasting Notes:Delicious white burgundy with lime and lemony flavors. Chardonnay with a nice minerality and some golden highlights with age.

VINIFICATION: Harvest by hand. The grapes are pressed immediately upon arrival at the winery in pneumatic presses. The alcoholic fermentation takes place in oak barrels, 20% new oak.

AGEING: The wine is aged for 10 months in oak barrels with regular stirring to gain depth and complexity.

Its freshness and finesse allow it to be enjoyed as an aperitif. It also pairs well with white meat and sauce. At the sea side, it will be perfect with a plate of shellfish (lobster, scallops) steamed or poached or noble fish just fried, grilled or steamed. Cheeses: Goat cheese, Beaufort Comté, Emmental... 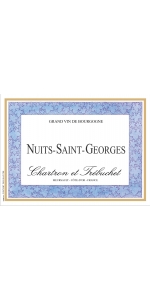 Tasting Notes: Medium to full bodied, earthy, fruity and mineral. Structure and tannin on the finish, they age well from 8-10 years

Lexicon Chardonnay is made from 100 percent Chardonnay.

variety, along with its terroir of origin, both of which are essential elements of a really good wine.

Produced from low-yielding, our 100% Chardonnay from the heart of the Swartland wine region offers intense aromas of ripe apples, lime and pears with hints of tropical fruit. The bright fruit is balanced by fresh acidity and a lingering finish.