ID No: 7986
Rate This Item
+ Enlarge
No longer available.
Notify me of updates to Sake Dewazakura Oka Cherry Bouquet (300ml)
Try these Similar In Stock Wines 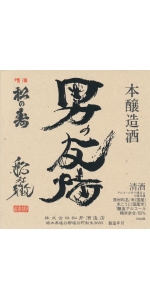 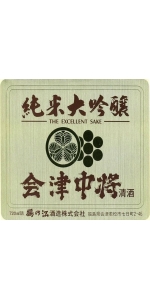 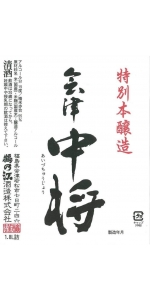 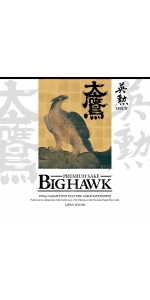 Sake Dewazakura Oka Cherry Bouquet is light, fragrant and delicious, Oka was a tremendous hit when first introduced in 1981 and opened the way for breweries all over Japan to introduce premium labels. It is floral rather than fruity, though there is a touch of pear, and perhaps melon. Though aromatic, Oka is quite dry the perfect companion for clams on the half-shell, lightly dressed salads and white fish sushi or sashimi. A favorite among lady sake enthusiasts due to its delicacy and finesse.

Dewazakura Brewing Company
Many sake enthusiasts are surprised to learn that twenty-five years ago ginjo labels were hard to find in Japan. In those days, people were still drinking the cloyingly sweet sakes the breweries had been churning out since the ’50s; no one thought that customers would actually pay more for the quality ginjo and daiginjo sakes brewed in limited amounts for competitions.

In 1981, Dewazakura Brewing Company changed that with the release of  "Oka," an affordably priced ginjo label with a polishing ratio of 50 percent and a lovely floral aroma. It was light, crisp and delightful. It was made to be drunk cold. Soon other breweries introduced their own ginjo labels. And so began one of the most creative periods in the history of sake, earning for Dewazakura the admiration and respect of even its most ardent competitors.

What made the brewery stand out was a drive for innovation. Dewazakura was not a wealthy brewery, or a long-established one, but they were open to change. When the opportunity arose in the years after the war to invite research technicians in from the National Research Institute of Brewing, they jumped at the chance. Drawing on the knowledge and skill of Hideo Abe, a former Institute research advisor, they put new ideas into practice without hesitation.

By 1991, Dewazakura had perfected its cold storage technique, aging freshly pressed sake at 28 degrees Fahrenheit to keep it as aromatic and flavorful as possible until bottling. In 1996 it introduced "Dewasansan," brewed from a new Yamagata rice strain of the same name, another hit which opened the way for other prefectures to introduce highly specific regional labels. This year, for the first time in history, Yamagata breweries received more gold medals than any other prefecture at the 2004 Japan National Sake Appraisal, an achievement due in no small measure to the pioneering efforts of the Dewazakura Brewing Company.

The original thought was to be a one wine brand, with a single minded vision to produce the best value-priced Cabernet Sauvignon in America. How do you go about this? Traditional winemaking. Natural fermentations. Barrel-aging. Plus, bottling unfiltered and unfined. In essence, making the wines in small batch winemaking integrity, but doing so on a larger scale. The wine is black. The label definitively says, "This is Cabernet Sauvignon." With the CS, you know who made this wine: Charles Smith. There is also the single vineyard, single expression, Bordeaux varietals (ex: Cabernet Sauvignon and Merlot) produced in very limited quantities. Let's not to forget, the single vineyard Loire-style Substance Sauvignon Blanc. This is the newest chapter in the history books of Charles Smith and his wines.

The 2016 Cabernet Sauvignon Powerline Vineyard (which is all from Clone 2) is a brilliant, brilliant wine that’s loaded with ripe red, black, and blue fruit as well as notions of green herbs, tobacco, chocolate, and even hints of spiced meat. Complex and medium to full-bodied, with good acidity and a balanced, seamless mouthfeel, it’s already hard to resist yet is going to cruise of 15+ years in cold cellars. -Jeb Dunnuck 95 Points