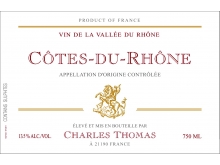 No longer available.
Notify me of updates to Charles Thomas Cotes du Rhone Rose 2020
Try these Similar In Stock Wines 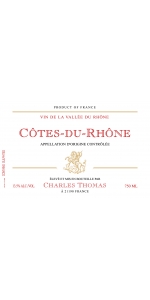 H Bright yellow in color. The nose has a nice aromatic expression with white peach, apricot, candied lemon and lime notes. The palate is tasty and has a great generosity, a nice sweep on the attack and a crispy and acidulous finish.

Traditional vinification. The grapes are pressed upon their arrival in the winery. Low temperature fermentation in thermo-regulated stainless steel. Each grape variety is vinified separately and then assembled before ageing. 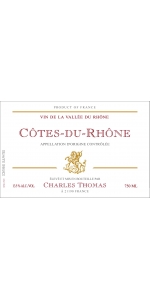 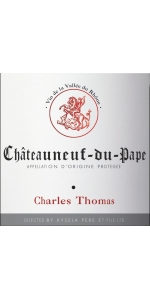 The wine is produced from vineyards located in the town of Orange. The soil is made of rolled pebbles and sand. Charles Thomas Chateauneuf-du-Pape rouge displays a very deep garnet red color. On the nose it reveals a bouquet of small red berries and hints of spices. The palate is round, full and rich.

Right after harvest, the grapes are destemmed and sorted at the winery. Then, the grapes are gently crushed and goes into fermentation tanks for 15 days in controlled temperature tanks. It is then pressed slightly and matured for a few months in order to preserve the richness of the aromas.

Charles Thomas Châteauneuf-du-Pape is sourced from different grape growers in the AOC. The idea is to have a wine made with grapes coming from all the different soils type found in Châteauneuf. As a matter of fact, soil and subsoil can be very different.
To generalize, one can say there is limestone soil in the (rocky) western part of Châteauneuf-du-Pape; sand and clay soil covered with large stones on the plateaus; mixed sand, red and grey clay, and limestone in the northern part of the appellation; less stony soil alternating with marl in the east; and shallow sand and clay soil on a well-drained layer of gravel in the south. The large pebbles contribute to the quality of the vines and grapes by storing heat during the day and holding water. Our Charles Thomas Châteauneuf-du-Pape is using grapes coming from all these soil types in order to offer a broader approach to what this AOC is all about. 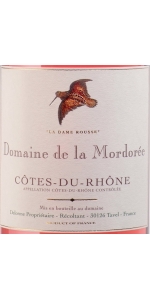 "The 2019 Cotes Du Rhone La Dame Rousse Rose offers another level of elegance and purity as well as complexity. Giving up notions of ripe strawberries, cherry blossoms, white flowers, and a kiss of minerality, it’s a beautifully textured, medium to full-bodied, incredibly balanced effort that actually has a touch more richness than the Tavel, although both are rich, textured rosés geared for the table. As with the Tavel, drink this beauty any time over the coming year or so." 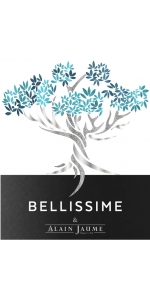 Salmon-pink color, clear and brilliant. The nose is fruity and spicy, reminiscent of wild strawberry and fine Provencal spices. The palate is full, well-balanced and fruity, with a long, fresh finish. A beautiful and delicate rosé.

A part is drawn off the skins with short maceration and the other part is from direct press. Fermentation in stainless steel at cool temperature. Bottling 5 months after harvest.

Bright yellow color. The nose has a nice aromatic expression with white peach, apricot, candied lemon and lime-tree notes. The palate is tasty and has a great generosity, a nice sweep on the attack and a crispy and acidulous finish.

Very charming pale rose color. The wine displays lots of fresh fruit aromas such as strawberry and watermelon. The palate is focused and very well balanced with again some strawberry and ripe red fruit notes. The finish is quite pleasing and long with a little spiciness and freshness to it.

The Charles Thomas Estate
This Estate is located in the GARD department near Pont Saint Esprit (10 miles North-West of Orange).

The Charles Thomas Vineyard
56 Ha grown organically since March 2009 (in conversion).
Part of the vineyard is plowed with horses.
4 varietals are produced: 29 Hectares (72 acres) of Syrah, 22 Hectares (54.5 acres) of Grenache, 3 Hectares (7.5 acres) of Mourvedre and 2 Hectares (5 acres) of Carignan.
Mechanical harvest.
Yields: 48 hectoliters per Hectares.
Average age of the vines : 30 years old.

The vineyard is situated in an archeological site that has revealed many artifacts dating back from the 4th Century.

Stag’s Leap Wine Cellars stunned the world in 1976 when its 1973 S.L.V. Cabernet Sauvignon bested some of Bordeaux’s first-growth wines in a tasting in Paris. It was the winery’s first commercial vintage, a wine produced from young, three-year-old vines. While the “victory” over the French in “The Judgment of Paris” continues to be hailed throughout the world – and the winery is still humbled by the achievement – Stag’s Leap Wine Cellars enters its golden anniversary year with a commitment to producing more complex and age-worthy wines. No resting on laurels, no autopilot, no complacency, but rather a drive to ensure the next 50 years are even more glorious than the first 50.A step back in time puts Stag’s Leap Wine Cellars’ current and future plans in perspective.

The estate was founded in 1970 with the purchase of orchard land in what is now the Stags Leap District AVA in southeastern Napa Valley. Cabernet Sauvignon and Merlot grapes replaced the prunes and walnuts, and the winery was built in 1972. A wine was made there in that year, but it was the 1973 S.L.V. Cabernet Sauvignon that impressed – and shocked – a panel of experts on French wine. In the 1976 Paris Tasting, a blind tasting, they chose S.L.V as the finest red wine in the group, without knowing its provenance. The outcome brought international recognition to the infant Stag’s Leap Wine Cellars, the nascent Napa Valley wine region, and the entire American wine industry and put all on a path to worldwide renown.

S.L.V. Vineyard S.L.V. soils are predominantly volcanic in nature and contribute multilayered structure, concentration and spicy intensity, often referred to as the “fire-like” elements. S.L.V., also known as Stag’s Leap Vineyards, is the winery’s first vineyard. Planted in 1970, this vineyard achieved international fame when three-year old vines from the 1973 harvest produced a Napa Valley wine that triumphed over some of France’s greatest Bordeaux in a blind tasting among French wine experts in Paris. This history-making Stags Leap District vineyard continues to produce wines with complex black fruit and berry character, spicy intensity, excellent structure and complexity, promising long life and ageability. Today, the property encompasses roughly 35 acres of Cabernet Sauvignon and 1.5 acres of Cabernet Franc. The vineyard soil is volcanic and alluvial with good drainage, and benefits from warm afternoons and cool evening breezes.