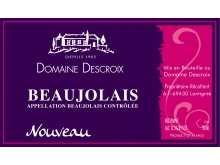 No longer available.
Notify me of updates to Descroix Beaujolais Nouveau 2019
Try these Similar In Stock Wines 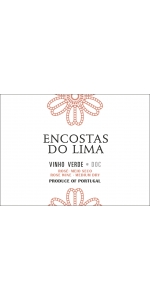 Souzão (or Sousão or Vinhão) is a Portuguese wine grape that is used in the production of port wine. While originating in the Minho regions, it is used primarily in Australia, California and South Africa. In Portugal, it is also an authorized planting in the Douro, and Dão-Lafões area (Vinho do Dão). The grape is known for the deep color it produces in a wine as well as its coarse and raisiny taste.

Caiño tinto (also known as Borraçal) is a red Galician wine grape variety that is also grown in Portugal's Vinho Verde wine region where it is known as Borraçal. In Spain, it is a permitted variety in the Denominación de Origens (DOs) of Rías Baixas and Ribeiro where it produces highly perfumed wines with noticeable tartness and high acidity.

Espadeiro is a red Portuguese wine grape planted primarily in the Minho region for making Vinho Verde. It is also grown across the border, in Spain, in Galicia where it is used to make light bodied wines.

Bright cherry color. On the nose you will find plenty of fruit aromas, well balanced as well as some reminiscences of spices that are appreciable. The oak presence gives elegant hints of black chocolate and vanilla. On the palate, the wine is very smooth and well balanced with the right amount of acidity. Fresh, long lasting and elegant.

The wine went through malolactic fermentation. The wine was aged 12 Months in French Oak barrels.  Before bottling, the wine was slightly filtered.

Based all on Tempranillo, the 2014 Crianza offers a touch of earthiness as well as ample black fruits (black cherries, currants), spice, and vanilla oak. It’s medium to full-bodied, has ripe, silky tannins, ample fruit, and a great finish as well as plenty of character. It’s a thrilling, incredibly satisfying Ribera del Duero to enjoy over the coming decade."- Jeb Dunnuck (March 27th 2019), 92 pts 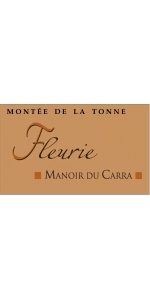 Manoir du Carra Beaujolais Cru Fleurie Clos des Deduits  is made from 100% Gamay grapes coming from the lieu dit "Montee de la Tonne".
The vineyard measures 1.5 hectare and the average age of the vines is 50 years. Yield: 48 hl/ha
Manual harvest; Semi-carbonic maceration for 10-12 days; Aging in Foudre for 3-4 months; Slight filtration.
Intense red color, subtle fruity and floral aromas of violet, berry and cinnamon. Ample in the mouth, fruit flavors. Even better after a few years of cellaring.
Excellent with red and game meats, and cheeses. 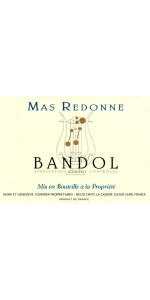 Nice light salmon color, typical of Bandol.
The wine expresses some citrus, Pomelos (a delicious type of grapefruit) and lots of white fruit aromas and minerality.
The flavors are fresh, fruity and very aromatic with tons of apricot and mango.

"This Bandol rose is a blend of 55% Mourvèdre, 35% Cinsault, and 10% Grenache. Light salmon in color, it offers pleasant aromas of red berries and stone fruit. On the palate it reveals concentrated fruit flavors, excellent acidity, and vibrancy, and a persistent finish. - Don Winkler"
- i-winereview.com (The Many Styles of French Rosé: The 2018 Vintage, June 23rd 2019), 91+ pts 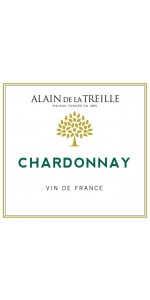 This chardonnay has a characteristic pale yellow color with a shade of gold and subtle nose that will remind you the fresh butter nuts and roasted almonds. On the palate, it is full bodied and fruity with a pleasant roundness.

Average age of the vines is 25 years old.

We produce a part of this cuvee with 12 hours skin maceration and another part from directly pressed grapes.

Wine was slightly filtered before bottling to insure the wine remains stable.

Best friend as an aperitive or with freshwater fish, shellfish and goat cheeses. 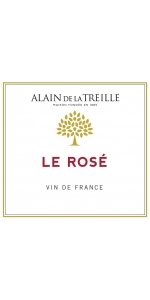 This dry Rosé is very aromatic on the fruitiness with a great style and elegance.

Average age of the vines is 25 years old.

We produce a part of this cuvee with 12 hours skin maceration and another part from directly pressed grapes.

Wine was slightly filtered before bottling to insure the wine remains stable.

This wine is the perfect friend for barbecue, salads and of course aperitif. This is ideal for warm days in the garden, as well as elegant poultry dishes.

Descroix Beaujolais Nouveau is made from 100% Gamay

Nouveau is made with carbonic maceration, or whole-berry fermentation. This technique preserves the fresh, fruity quality of the grapes without extracting bitter tannins from the grape skins.The result is an easy-drinking, cherry-red, tasty, clean wine that is best served chilled. Beaujolais Nouveau is meant to be consumed young, within 5-7 months.

The Gamay grapes that go into Beaujolais Nouveau are handpicked, as are all the grapes in the Beaujolais. Beaujolais & Champagne are the only vineyards where hand harvesting is mandatory. Gamay (Gamay noir Jus Blanc) is the only grape permitted for Beaujolais.

The region of Beaujolais is 34 miles long from north to south, and 7 to 9 miles wide. There are nearly 4,000 grape growers who make their living in this picturesque region just north of France's third largest city, Lyon.

Beaujolais Nouveau originated about a century ago as a 'vin de l'année' - a cheap and cheerful drink produced by locals to celebrate the end of the harvest season. The Beaujolais AOC was established in 1937, and after WWII, the wine was sold outside of the area. By the 1970's, Beaujolais Nouveau day was a national event.

The Domaine Descroix Estate
Domaine Descroix was founded in 1905 and has been in the family for four generations. Xavier Descroix is the current owner. The winery is located in the village of Lantignie, north of Beaujolais, right next to Beaujeu which is the historic capital of Beaujolais and gave its name to the region. Lantignie encompasses the crus Regnie, Brouilly and Morgon.
The wines are vinified, aged and bottled at the winery combining tradition and modern technologies.
They sell 50% of their production in bulk to négociants, the rest at the property and started to sell to the export market in 2006.
They work in respect of the terroir and the environment and focus on the work in the vineyard and low yields to obtain high quality grapes producing excellent wines. They aim to produce Beaujolais wines that are authentic and true to the appellation.

The Domaine Descroix Vineyard
The vineyard measures 11.27 hectares total (27.84 acres), broken down as follows:
- 9.75 hectares in Beaujolais and Beaujolais Villages AOC, located in the towns of Beaujeu and Lantignié. Soils are made of granite and sand which results in fruity wines with character.
- 0.56 ha in Brouilly AOC, located in the town of Saint Lager, at the bottom of Mount Brouilly, on schist based soils. The wines are fruity with good concentration.
- 0.69 ha in Morgon AOC, located in the parcels called “Grand Cras” in Morgon. Soils are made of manganese and granite and produce typical and powerful wines.
- 0.27 ha in Beaujolais Villages Blanc and Bourgogne Blanc planted with Chardonnay and situated in Beaujeu, on very steep slopes made of clay and granite soils, with a southern exposure.

Sometimes, the best things come from tough experiences. Our Black Label Reserve Portteus Syrah embodies this ideal. In one of the tougher growing seasons in recent memory, I was not sure what would come of the vintage. Within 6 months after harvest, I knew I had something special with this wine. Month after month, it evolved highlighting what these almost 20 year old Syrah vines could produce. The color is an incredibly deep and glass coating purple, the nose erupts with aromas of bacon fat and a subtle bouquet of wisteria . lilac. Viscous and dense, you will get mouth-filling notes of swiss chocolate and white pepper. Sit back and savor each velvety sip with a coffee-cocoa spiced rack of lamb and chocolate cheesecake. Decant for at least an hour to release its aromatics and enjoy this Syrah easily through the next decade.

Another stunning effort is the 2012 Portteus Vineyard, which is located in the Rattlesnake Hills AVA. Exhibiting layers of smoked plums, liquid smoke and serious minerality, this full-bodied, layered and rich Syrah has notable underlying structure and tannin, with a firm, compact and focused feel. Fermented with 33% whole cluster and aged 16 months in 50% new French oak barrels, it comes from the second oldest Syrah vines planted in the state. Give it 2-3 years in the cellar and enjoy bottles through 2025. This Walla Walla estate is owned and run by Justin Wylie. He excelled with his 2011 and 2012s. -Wine Advocate Jeb Dunnuck 93 Points

This is a fantastic everyday wine. It pairs with a wide variety of foods and is great all by itself.
Aromas of blackberry, vanilla, white pepper, granite, rainier cherry and mocha. Flavors of cherry cola, dark chocolate, graphite, black coffee and pink peppercorn.

Grapes were processed on the same day they arrived at the winery. Sorting table juice was discarded. Post de-stemmer juice was used for the Rosé. Lots were fermented in 2 ton macrobins. A variety of yeasts were used, including some wild fermentations. Lots were cold soaked between 3 -7 days. Fermentation took an average of 12 days. Some lots received extended maceration. Some lots were pressed directly into barrel and some into tank to settle. High press was separated out. The wine was aged in oak barrels for 15 months.

"Very dark in the glass, this bottling by Matt Villard pops on the nose with blackberry sorbet, wet slate, seared oak and a hint of mint. Earth and fruit converge on the palate, offering berries, sagebrush and a touch of smoke. It's a hearty yet balanced glass of wine. MATT KETTMANN"