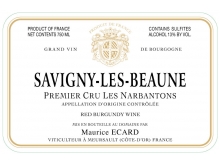 The Maurice Ecard Vineyard
Th domaine is cultivated through organic methods and produces wines that purely and distinctly reflect the terroir. The Premiers Crus include: "Narbantons", "Jarrons", "Serpentieres", "Peuillets" and "Les Clous". The yields are never over 35 hl/ha. The vines are pruned and, when fully mature, harvested by manual selection. Vinification involves 75 to 100% destemming, a classic fermentation, pigeage, racking of the gross lees, 15-18 months in oak (15% new from Damy). 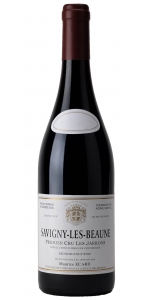 Wine of elegance and good balance. A real complexity with an array of red fruits and a long finish.  This is one of our top Burgundy producers and one of his top wines. Any one that takes a chance on this bottle will be rewarded. 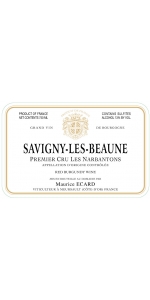 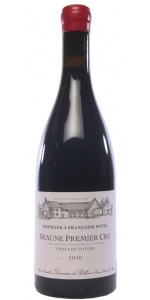 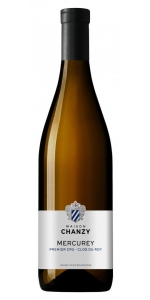 Maison Chanzy was founded by Daniel Chanzy in 1974 in Bouzeron, located in the northern part of the Côte Chalonnaise region of Burgundy. In 2013, a group of Burgundy wine lovers purchased Chanzy with a group of investors and have since added a second holding in Côte Chalonnaise and Côte de Beaune for a total of 163 acres planted.

With full control of production from vineyard to bottling, Chanzy’s impressive range spans 40 appellations in 8 villages of Côte Chalonnaise and Côte d’Or. The vineyards are farmed sustainably.

White Burgundy is typified by aromas and flavors of green apple and lemon and is defined by its structure and expression of minerality. White Burgundy vinified in stainless steel tanks will emphasize its freshness while aging in French oak barrels can lend accents of toast and vanilla.

Charry notes of smoked hazelnut and burnt sage lend dimension to luminous blackberry and cherry in this Pinot Noir sourced from one of Mercurey's most famous premier-cru sites. Ripe and concentrated yet cutting and fresh, the mouthwatering, elegantly structured wine is kept firm by a fine-grained grip of tannins. Hold till 2024. The wine should improve through 2035. Anna Lee C. Iijima

Bavencoff Pernand Vergelesses Premier Cru Blanc is made from Chardonnay.

The wine offers a white gold or pale yellow color turning into darker gold with age. It boasts aromas of white flowers, (may, acacia) developing into notes of amber, honey and spices. On the palate it is mineral, harmonious and easy to like.

Sushi, fresh-water fish in white sauce, and for pasta or a seafood risotto. 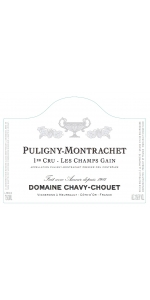 The wine is produced from 100% Chardonnay coming from the top of the hills of Puligny-Montrachet. The rocky soil of the steep slopes is rich in limestone. Champs-Gain is a fine and subtle wine with fresh and lively citrus notes. Over time, it delicately reveals notes of very ripe yellow fruits.

"The 2019 Puligny-Montrachet Les Champs Gain 1er Cru, one of the last vines to be picked, even after the reds, has a well-defined bouquet of slate-like aromas, very cool and almost Zen-like in style. The palate is well balanced with a sappy entry and a fine bead of acidity. Taut and focused, if just needing a tad more grip on the finish. It will deserve 2–4 years in bottle.- Neal Martin"

BLEND: 100% Sangiovese carefully selected in the oldest vineyards and only of the best harvests.

Alcoholic fermentation with maceration of the skins (30-35 days) at a controlled temperature and spontaneous malolactic fermentation, both in truncated cone-shaped Slavonian oak vats.

In Slavonian oak casks of 10 to 25 hl for over 40 months; followed by ageing in bottles for at least 15 months.

Taste: great structure in the acid-tannin components, well supported by the soft ones; extremely persistent.

The 2016 Brunello di Montalcino Riserva wafts up with a classic Capanna profile, rich yet elegant, with masses of crushed black cherries, sweet herbs, cloves and hints of cigar box. This is velvety yet not weighty, with a salty core of minerals and brisk acids that enliven its citrus-tinged red berries and exotic inner spice. While persistent and structured, the 2016 keeps you coming back to the glass, savory and saline in character with grippy tannins, but also a tug of residual tension that keeps the expression unexpectedly fresh. This is a tremendous Brunello Riserva in the making, and all it needs is time.
-Vinous 96 Points