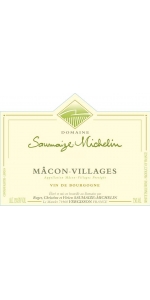 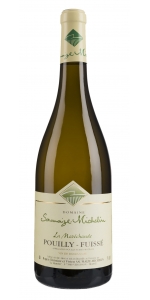 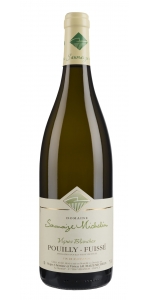 Review:
Aromas of pear, citrus oil, white flowers and blanched almonds introduce the 2018 Pouilly-Fuissé Vignes Blanches, a medium to full-bodied, satiny but incisive wine that's one of the more tightly wound, structured bottlings in the range this year. This has turned out nicely and should reward some bottle age.
Wine Advocate 91 Points 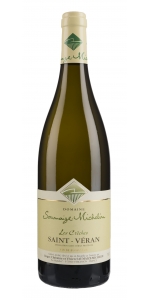 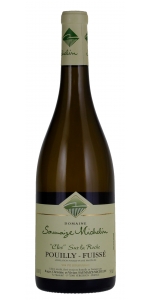 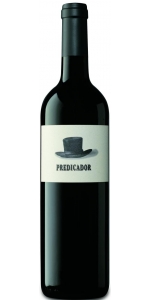 Predicador, or “Preacher,” named after Clint Eastwood’s everyman character in the 1985 film Pale Rider, is composed of 96 percent Tempranillo, 2 percent Garnacha, 1 percent Graciano and 1 percent Mazuelo. The grapes are sourced from 15 different plots within San Vicente and Briones in Rioja Alta which on average yield less than 2 kg per vine. The wine is fermented in oak and stainless steel with a two-day cold maceration and aged for sixteen months in new French oak. The wine was filtered but not fined. This vintage some La Cueva del Contador, Contador and La Vina de Andres were added for concentration and balance.

The aromatics open up with crushed red cherries, balsamic notes and the sweet baking spices of cinnamon and clove. The fruity and spicy characteristics found in the nose follow through on the palate, along with dried cranberry, black cherry and elegant fine-grained tannin supporting the tart red fruit and adding to its length and depth.

Predicador was a wine that was born as a minor wine at a very specific moment in time, and many people (including yours truly) had not quite realized it has grown into an adult, proper Rioja red. The 2014 Predicador I tasted had only been bottled for two weeks and was a little dizzy. But if you wait or can read between the lines, it's terribly perfumed and intoxicating, with penetrating aromas of macerated cherries and very decayed violets, a little decadent. The palate is silky, with superb tannins and great balance. This is among the best vintages ever released since the initial 2004.

Mordoree Chateauneuf du Pape Rouge Dame Voyageuse is a more approachable version of the La Reine des Bois. It is meant to be enjoyable early compared to her sister Cuvée which is made for the long run.